For Alcoholics and the People Who Love Them :: Hope on Good Friday

This is not a post about whether or not it matters if you have a glass of wine with dinner. I’m not writing about how to help a loved one who is an alcoholic or how to get help for yourself or how to anything, really. This is a post about hope. And for alcoholics and the people who love them, hope can be a hard sell.

Beer was as much a part of my family growing up as stockings at Christmas, white cake on our birthday, and the kittens living in our shed. I didn’t question it, didn’t wonder about it, and didn’t know to blame it for any of my insecurities. 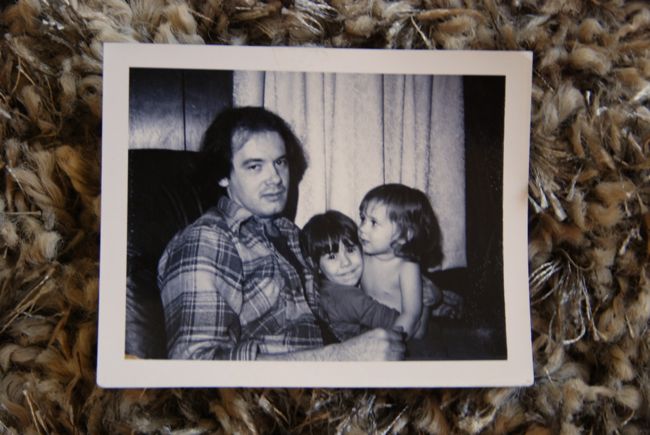 My dad drank beer everyday until I was 10 years old.

I didn’t have to go to college to learn what ‘passed out drunk’ looked like.

He snored on the floor in the early evenings while we watched TV. We tossed a shoe or twenty in his direction during Little House on the Prairie because his snoring was so loud we couldn’t hear the details of what was happening in Walnut Grove.

I thought all the worlds dads came home and fell asleep on the floor.

There are a lot of stories I could share about those early years growing up so I’m surprised at what I’m about to share with you. Instead of something from those early days, it was this – from years after he stopped drinking.

By the time I went to college, my dad had been sober for over 10 years. He was a believer in Jesus by now and our family dynamic had changed from dysfunctional to slightly less dysfunctional. Everyone has their role and it seems like in families with addiction, the roles have a stronger hold and are more deeply rooted in insecurity.

I could be wrong about that.

But my role was to be the good girl and I carried on that way for many years.

A month before I was married, I went with my girlfriends to the beach, a sort of bachelorette weekend, I guess. They made me a veil to wear to dinner and we sang karaoke – Girls Just Wanna Have Fun, of course – at a little restaurant with palm trees in the front. 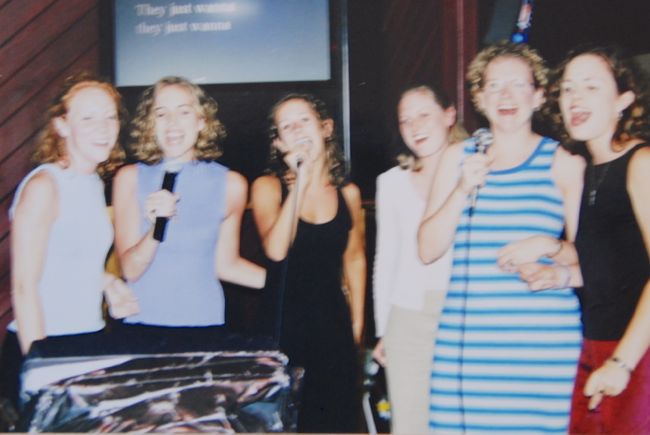 It was the best kind of Cameron-Diaz-romantic-comedy cliche.

But we weren’t drinking. I remember the waiter gave me a hard time about that, pushed and teased. It’s your bachelorette party! Live it up a little! I laughed it off the first few times he said it, but by the fourth time he came to our table and teased, I was done.

Looking back on that night at the restaurant, I wish more than anything to have been confident, breezy, and lighthearted with that waiter.

Instead, I pushed back, defended myself, told him if his dad was an alcoholic, maybe he would have made the same choice for his bachelorette party.

And besides all that, some people don’t need beer to have fun.

It was all very high-horse of me. Lord have mercy on my bratty soul.

We all come from the same mound of dust and here I was, being snippy with a flirty waiter, dirt all up in my teeth.

I went on for a while that way. My friends weren’t quite sure what to say and when I was finished I desperately wanted to sink into a hole beneath the table.

Unfortunately the booths at the restaurant we chose did not come supplied with trap doors.

I can still feel the anger of that night and it wasn’t simply about the waiter teasing us for not drinking at my bachelorette party. I just hated it was an issue at all.

I hated that a big amber colored arrow pointed to my history – my father, my grandfather before him – a genealogy of addiction.

I hated how beer made me afraid.

Dad stopped drinking when he was thirty-five. That’s how old I am now.

He made the choice to stop drinking because he wanted to stop. I see it as a miracle.

Even though addiction is part of our family story, it isn’t the whole story. And it isn’t the finished story.

God turned on himself for our sakes. He tore himself apart so that our brokenness, our betrayal and our addictions wouldn’t be the end of our stories. 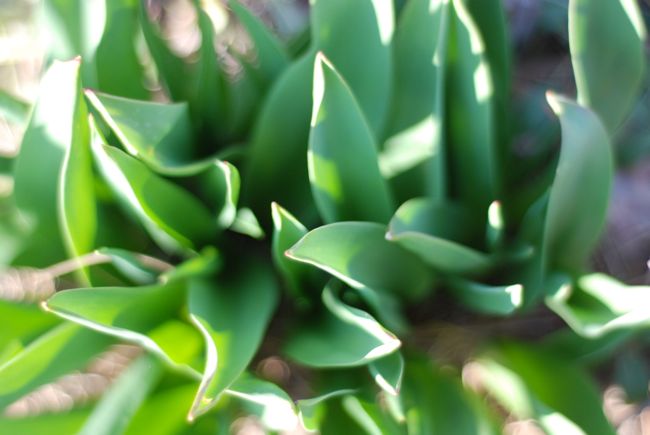 My parents have been married for 40 years. We look to them for wisdom and for counsel. We consider them friends.

The same God who turned water into wine turns alcoholics into dreamers.

It doesn’t make sense and those two things don’t seem to go together, but they do somehow. And I don’t have to understand it for it to change my life.

Maybe your story is dark, scary, and fierce. Maybe life feels like one long good Friday – the death part. Maybe it would help to hear about hope from someone who was hopeless and then lived to tell about it – from an alcoholic himself.

My dad has had a blog longer than I have. He writes about hope, about change, about how life is better when you see how things fit. That’s meaningful all by itself, but it’s more meaningful when you know where he’s come from.

How does a history of addiction fit? He wrote a series called Everything Fits: The struggler’s guide to confusion, waiting, regret, and hopelessness. You can learn more about that series on his blog. (and a little fun fact, those dots in his header are clickable, which to me feels like a cool secret).

From Beer to Eternity: A little story of addiction and beyond :: “This is a story of impossibilities: an addict who couldn’t quit but did; a marriage that could have ended but didn’t; a man who seemed dead, but lived.”

Scary Hope: Courage and a kick to hug hope, face fear, and get going

You don’t have to own a Kindle to get the books; you can download a Kindle app for free at Amazon.

“Hope, wonderful hope! The bright sun in the morning, the ring of twelve-string guitars, fresh red strawberries, sleeping puppies, giggling babies, inspiring choruses that never end, and the way the air smells giddy on a surprising warm afternoon in March after a long frozen winter. That’s how your dream of fulfilled hope feels, only better. But first, the scary. Do you really want change? You know you have a longing, a hope. Maybe you don’t even know exactly what it looks like. But you yearn and you dream for something beyond your reach. You have the hope, but do you want the change?”