How to Find (and Become) A Good Listener

“When spiritual friends share their stories, the others quit working. They rest. There’s nothing to fix, nothing to improve. A spiritual community feels undisturbed quiet as they listen, certainly burdened, but still resting in the knowledge that the life within, the passion for holiness is indestructible. It needs only to be nourished and released.”

It’s 2012, and there’s a stack of brochures in the little room I type in. I keep staring over at them, rereading their invitation, “To know more about you: If you would like to be informed of upcoming events. . . ” 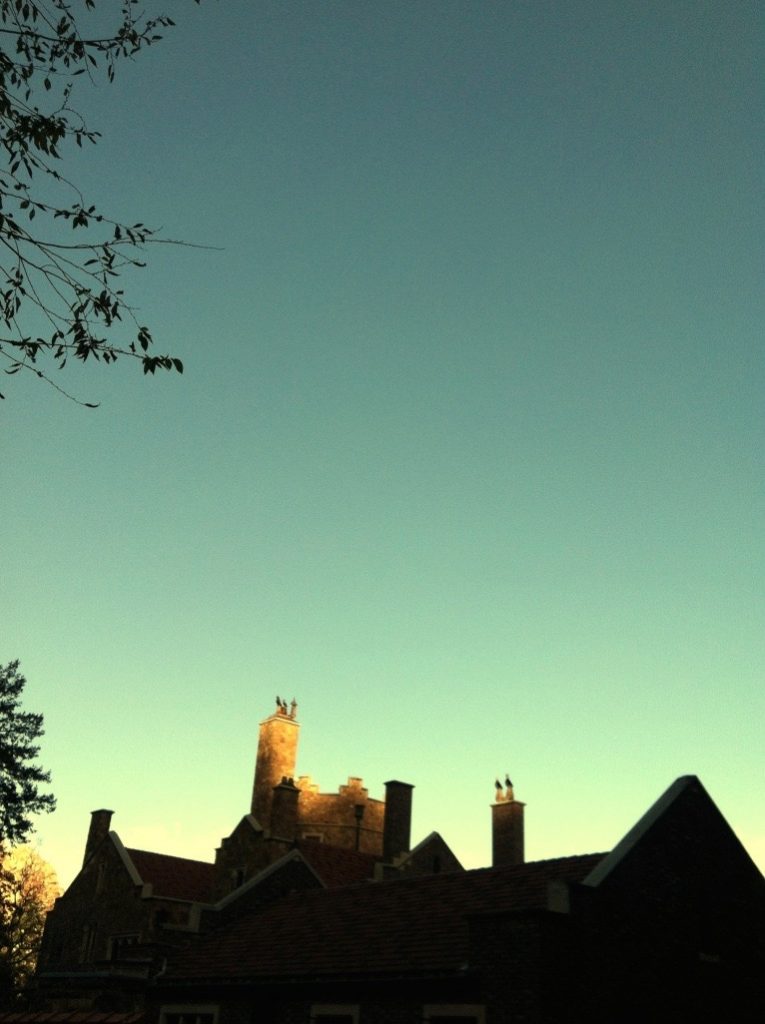 I reach over, and I turn the plastic holder to face the wall. I cannot keep reading that same brochure over and over again. I’ve traveled from my home in North Carolina to a week-long training retreat in Colorado Springs. I’m here to learn about creating space for myself, for God, for people, and for conversations that matter.

It’s easy to think when you make space for God that things will take a truly spiritual turn. Sometimes, I suppose that’s the case, but mostly it’s still just me in an empty room with a stack of brochures I’m trying not to read.

You know things are dire when you turn to retreat center brochures to avoid facing what’s really going on in your soul. It’s a good thing this place has no TV. In his book Shattered Dreams, Dr. Larry Crabb speaks to this idea and hits a little too close to home. He says this, and I quote,

“I’ve often done all I know to do to create space for God. I’ve spent time in prayer I thought was contemplative. I’ve said, ‘No’ to lesser desires to make room for rich fulfillment. I’ve knelt before God with the bread and wine. And for all my effort, I’ve felt only increased emptiness, frustration, silence.

I created space for God and He didn’t fill it, or did He in ways I failed to recognize because I was expecting something else? Or, didn’t He because I was arrogantly working hard, thinking He would be impressed and compelled to show up?”

Perhaps like Dr. Crabb, I too have been arrogant. I wanted to take a week to become quiet on purpose and to have God show up in a way I could not only understand but also explain, and if I’m honest, maybe even control a little bit. I waited for a God I could manage. He reveals himself maddeningly unmanageable. He kills my linear God, again.

As I say it, I realize how much I hate the concept of God showing up anyway, as if there’s a place where He isn’t and for reasons beyond my understanding, He decides to finally show up there. God is I am. He doesn’t show up. He is. Silence and stillness are of great value, but only to the degree that I bring them with me as I enter into relationship. Empty rooms by themselves don’t give me much opportunity to love.

He may reveal himself to me in the stillness and in the hush, or he may not. But either way, I have to come out to rub shoulders with messy people and in so doing to discover my own hidden mess is worse than I thought. But in that rhythm of relating, if I’m in touch with the deepest part of myself that longs for nothing more than to reveal God, then that messy relating takes a slight turn away from despair towards glad hope. Not the kind that comes from visible me, but the kind that pours out of invisible God. 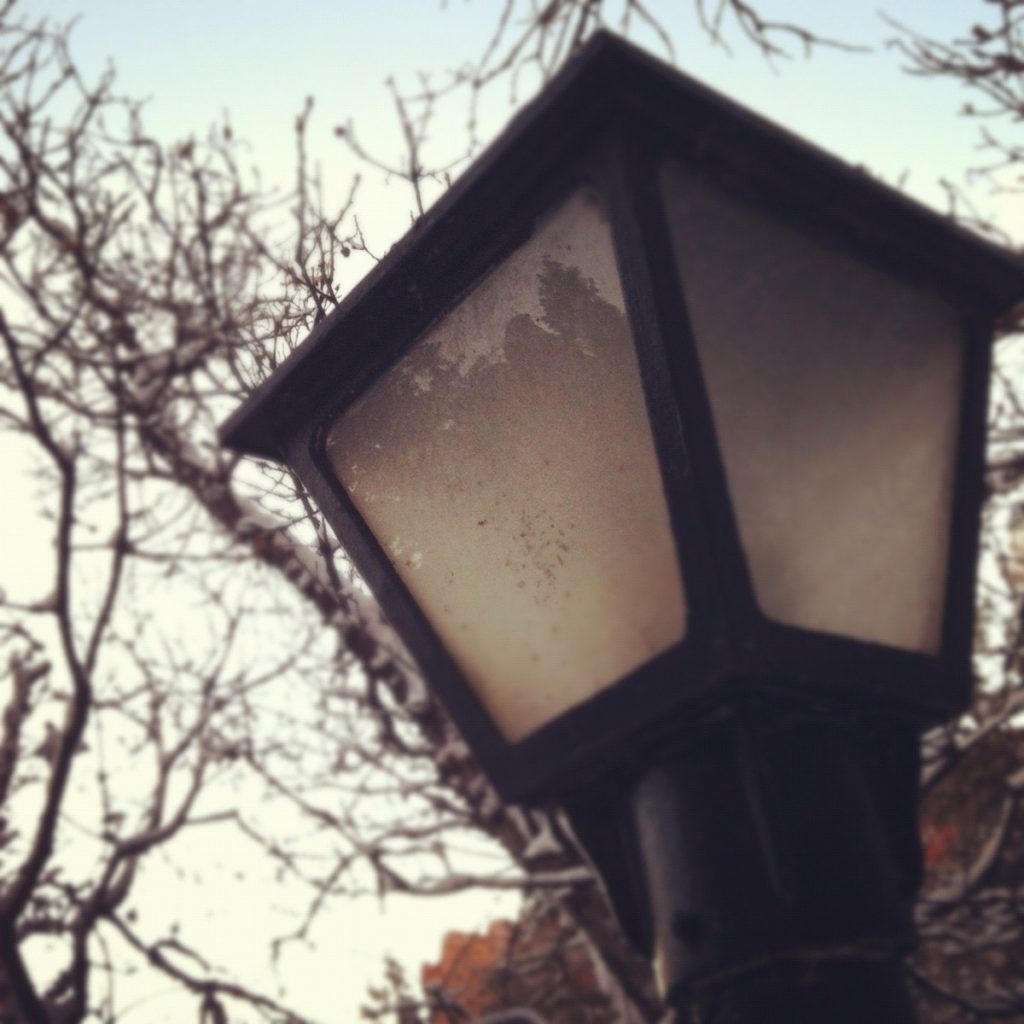 That week-long training retreat was back in the fall of 2012. It’s been seven years since that week, but I still point back to it as one of the most transformative experiences in my life for different reasons than what I thought it would be. Yes, I created space for God, but he showed himself present in the most unexpected ways that week, primarily through the attentive presence of other people.

One of the best ways to find people who will be good listeners on your behalf is to be a good listener on behalf of someone else.

What does that look like? Well, it looks like asking the second question. Here’s what I mean.

During that week, seven years ago in Colorado Springs, I participated in a listening practice. I was placed in a triad and we were given conversational instruction. One person was to be the talker and the other two were to listen with these strict guidelines.

We were not to make a statement.

We were not to quote scripture.

We were not allowed to offer to pray.

All we could do was ask questions. That was it. Here’s what I thought: Well, this is never going to work. How are we supposed to have conversation when two of the people aren’t even allowed to do anything but ask questions? How are we going to get anywhere?

One of my classmates started first and as they came to the end of their story, it was easy to ask that first question. But as time went on, the second, third, and fourth questions weren’t as simple. As they answered the questions, I found myself thinking about what I was going to ask next and trying to make statements or give compelling advice. I wanted to relate their story to my story because I really knew what they were talking about, and I wanted to tell them something from my own life.

I wanted to offer comfort or perspective, but instead, I kept listening. I sat with it, and I asked the next question.

As a listener, this was unsatisfying. I felt like I hadn’t helped very much, like maybe I was being nosy or too curious, but the expression on my partner’s face told a different story. She seemed relieved when she was finished. She seemed open and happy when it was all over. I didn’t fully get why until it was my turn to talk and their turn to ask questions.

I shared a story about something I was struggling with at that time. It wasn’t too extremely personal, but it was personal enough to be meaningful. Then, when I was finished, my two partners each asked me a question about what I just shared. I answered, and then they asked another clarifying question. So I shared some more.

When my time was up, I realized they had not offered one single piece of advice, not one answer, or solution, and not one personal anecdote from their own life. But in those few minutes with those two people that I had only just met, I felt more understood and cared for than I had ever felt like as it related to this particular situation in my life.

And all they did was ask me questions.

Now, if I had not experienced this relational gift of asking and answering questions for myself, I would never have believed in the true power of a question.

Of course, it’s not always appropriate to sit with our friends and just ask a bunch of questions and never make one single statement, or offer to pray, or tell a story in response. I also know it isn’t realistic to expect that that’s all they’ll do for us either.

But what if we didn’t rush so quickly to explanations for each other?

What if we gave each other space to hear ourselves think? When someone comes to us with a problem, a heartache, a joy, or an unmade decision, what if we made a commitment? Instead of jumping to conclusions, racing to solutions, or crafting a plan on their behalf, what if our first next right thing was simply to ask a question? And when they answer it, what if we asked a second question?

Would we learned something we didn’t know before?

Would they see something they may have missed?

Would it slow us down?

Would he feel loved?

Would she feel seen?

Would God have a little more room to move and speak between us?

Oh God, may we be people who aren’t afraid to ask the second question.

May your patience be our patience, your wisdom, be our wisdom, your love be our love. May we be the kind of listeners who take off our shoes in reverence of another when they trust us with their fears, their stories, their joys, and disappointments. May we swiftly and fiercely refuse to try to fix, one up, rescue, entertain, poke fun, scold, or compete.

Forgive us when we rush to fill the quiet spaces with so many words. Instead, let us be listeners. Remind us to be quiet enough to ask the first question and wise enough to ask the second. With our curious presence, we’re honored to bear witness to the work you’re doing in the people we love.

The original form of this post is audio. You can listen to it here at Episode 94: Ask The Second Question.