What it Feels Like When Your Kids Are Growing Up

Of all the gradual things in this life, watching as your kids grow up is perhaps one of the most curious. It can also be a difficult or delightful experience, depending on the day, my mood, the state of their room, and the weather. 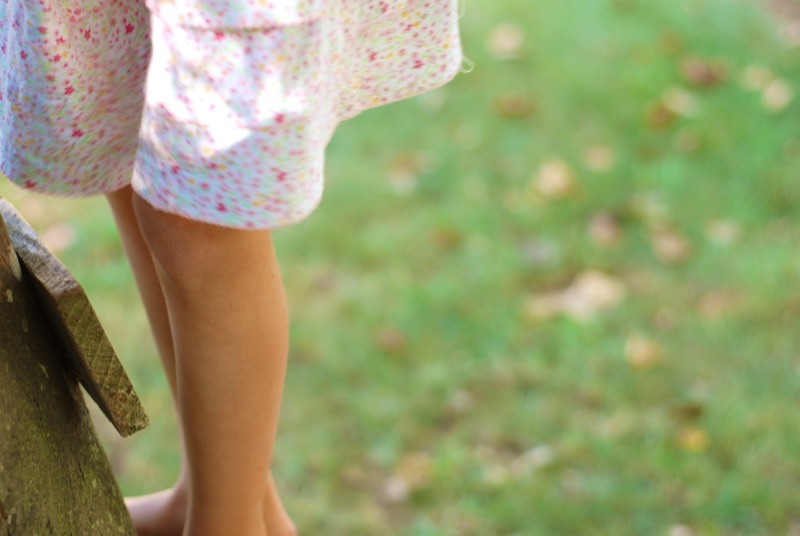 But bearing witness to their growing up is proving to be essential to my own spiritual formation in ways I never new to expect.

For the past few years, I’ve been looking for a line they tell me doesn’t exist. But like the gathering moments of darkness in morning just between the release of the light, there is a time of sunrise.

You can see it on your phone if you check.

One moment the sun is not visible and the next, you need to pull out your sunglasses. Yes, it’s gradual. But there is still a moment. It is distinct. You can see it with your eyes and feel it in your bones.

Something has shifted. We’ve crossed from darkness into light.

Unlike the sunrise, I can’t check my phone for the moment when my little kids became big kids but it’s rearranging me. They were babies then toddlers then kindergarten age. We made it all the way through elementary school with the twins and now one more year of middle school.

I’ve been carrying that change for a few years now. I haven’t known what it would mean to name it, to point to it and say there. This is why you have a shadow of joy and questions slung over your heart.

Transition is like that. They tell me it keeps going into your 40s, 50s, 60s, 70s. Each decade has it’s own set of transitions.

I turn 40 next month and it’s strange to sit in this place between the decade when my children were toddlers and the one when they will graduate from college. I stand here with my back turned on those days, in many ways; facing the future while holding the past. I’m still clumsy with the weight of it. It’s an awkward load to bear.

And so while there isn’t a moment to point to, I think I may have found a hint.

It was the end of 5th grade and the twins had their first school dance, the kind where the cafeteria windows are covered up with black paper and parents aren’t allowed inside, only teachers.

As we walked up to the school building, other boys and girls rushed past us to push their way through the doors. My girls quickly found friends and, eager to see what their regular public school cafeteria looked like transformed into a dance floor, they pushed their way in, too, and didn’t look back, the door swiftly closing behind them, blocked by a smiling 5th grade teacher. 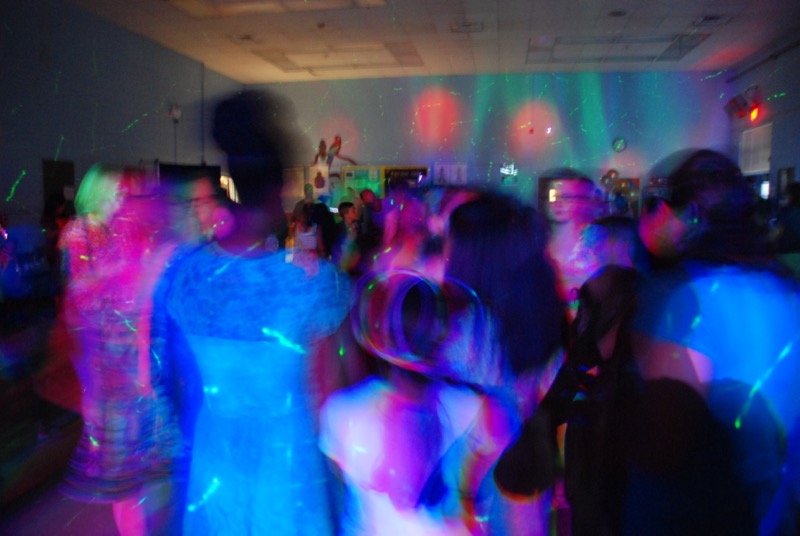 That was the line, right there between the painted blue cinder block hallway and the suped-up public school cafeteria.

The line was the moment they didn’t look back.

I vaguely remember a surprised oh releasing from my lips, but after that I had no words.

I turned around, my eyes stinging with tears I didn’t know to prepare for. I caught the eye of another mom and we may have walked back to our cars together, the silence between us holding all the words we couldn’t say out loud yet.

We didn’t yet know what had just happened. But we had crossed over a line.

Last week I took a break from my work while the kids where in school and went to grab lunch. Instead of going straight home, I parked my car in a lot, faced the field, pulled out the turkey and avocado to eat, and promptly burst into tears.

As it turned out, I was parked in the lot in front of the grocery store where I used to shop when the twins were first born. The field is mostly a parking lot now, but the sky looks the same there and it sent me weeping. Sobbing. Shocked.

It’s been over two years since that night at the dance and I’ve only just now begun to find the words for what it feels like when your kids are growing up.

It feels like wider hips and thinner lips and laugh lines starting to show up around curved edges.

It feels like biting my cheeks when I see a younger mom with her baby because I don’t want to be that old lady who says hold them tight, they grow so fast, blah, blah, blah.

But that’s what I’ll think even though I know better than to say it.

And the thing is, she’ll think it one day, too. It’s what moms do.

Those days were hard, hard, hard. I know this. But they are also gone.

It feels like I won a ticket for the best seat in the house, but I was gone too long during intermission and missed part of the show. Or did I sleep through it? Or maybe I saw it all but just forgot a lot of the details.

And sometimes that part is hard for a mom to bear. Because now we have a little space to think, even though there’s still a lot to do.

They are becoming themselves now and if we’re paying attention, so are we. This is good and right. But can also feel confusing. You mean we’re still growing up even though we’re grown?

So maybe I’ll write another book or five. Maybe I’ll try something new, learn a skill I never had the moxie for, take up dancing. 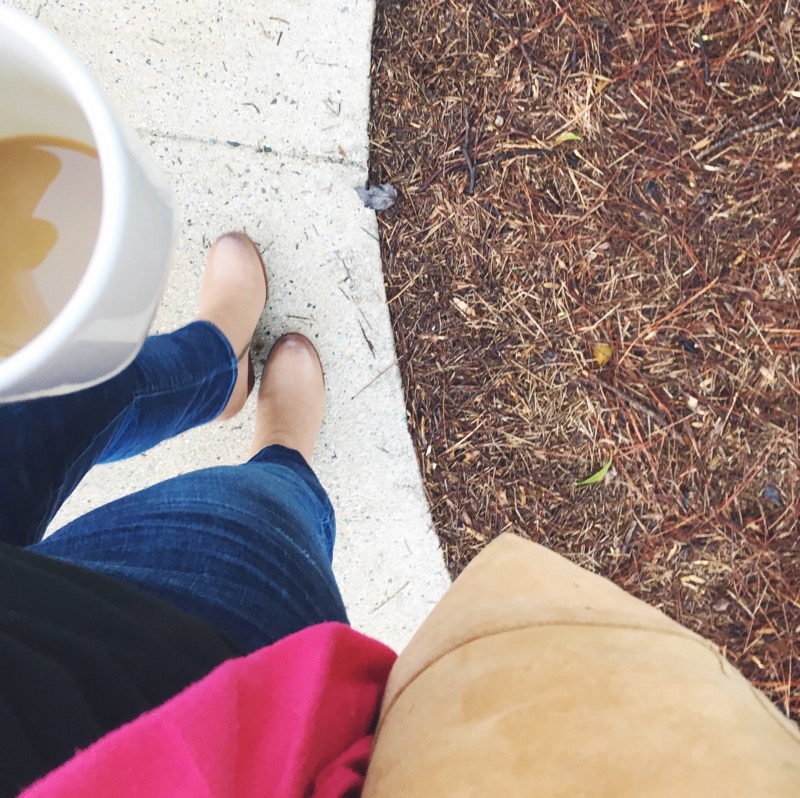 I hold on to the hope that there is still a lot ahead of us. I can hear the moms who have come before me saying it to me now. Your kids are still small! They say it because theirs are even older.

It’s true, our youngest still plays with cars on the floor, still wants me to watch him jump. But the days are numbered. They always have been, but the numbers are more obvious now that there are more behind me than before me. 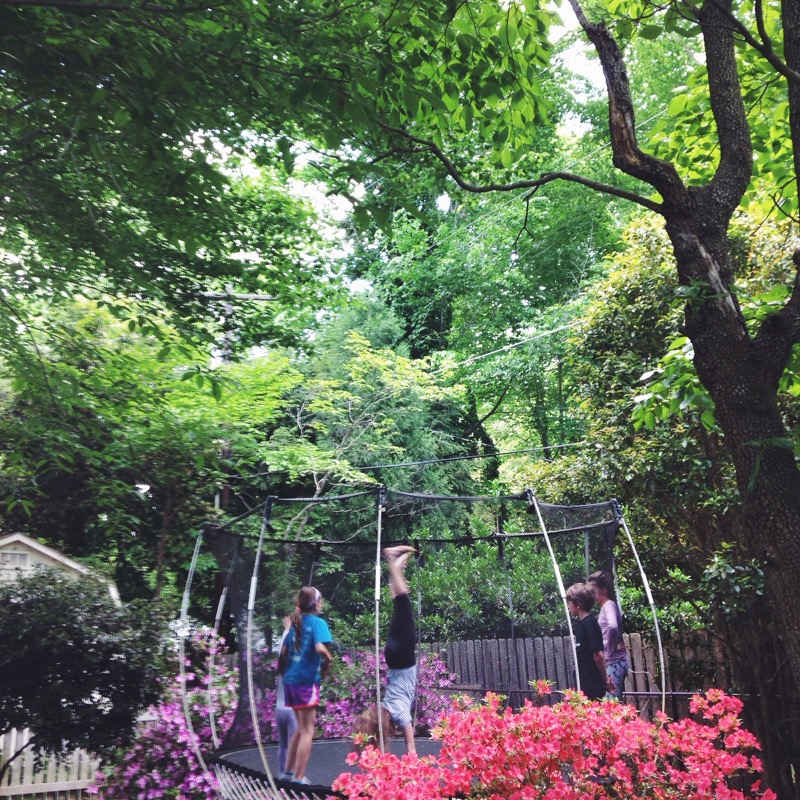 And so I stand on tip-toe and peer into our future and I see good things, I can’t help it. In many ways, I suppose I’ve crossed the line already. But I also know there will be other lines to come.

Aren’t we always standing on a line between what was and what will be?

We are all in the midst of our own transitions, our own acceptance, our own becoming. Let’s be kind with our fellow moms and not expect them to enjoy a stage that we ourselves couldn’t fully embrace until later.

Let’s be the kind of friends who walk beside even if we’re further along or behind. Let’s be that for each other and let’s be kind to ourselves as well.

All we have is this day, this great right now. Let’s look around, let’s be all here if we can, and give ourselves permission to grieve what we need to grieve and to not be afraid.