Now that we have less than 3 weeks until we move, I revel in seeing any kind of progress over at our new house. I haven’t popped in over there for the past few days to get some distance from the whole thing.

Turns out it’s true what they say about absence and the heart growing fonder (as The Nester recently reminded me). I guess regular people would apply that to relationships. But it works in this case, too…as it has been encouraging and exciting to see the personality of our new/old house begin to take shape. This tulip only recently came out to greet us and I’m so glad she did. Isn’t she lovely?

Another exciting development has been in the door department. The house was kind of in a door identity crisis when we bought it. Many of the doors were beautiful, like this one in the foyer next to the stairs. 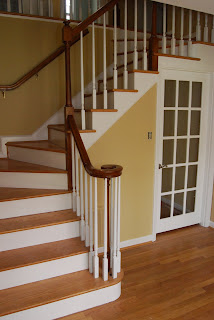 And these, leading into the sunroom. 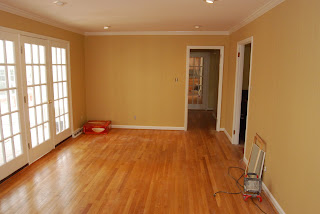 But all the other doors were just…doors. Flat, no panel, hollow doors. Nothing really wrong with that. Were they functional? Yes. Did they have personality? Not so much. They served their purpose faithfully for a very long time. But after hanging around for 45 years, they seemed a bit tired. 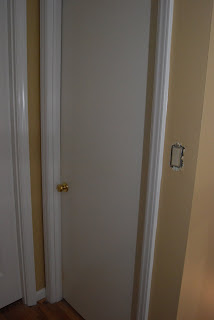 So we gave them a face-lift. Actually, I guess it was more like a transplant. 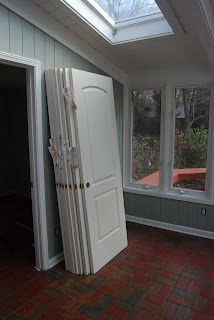 They weren’t flown in on a chopper and delivered in a red cooler, but their arrival was exciting just the same. 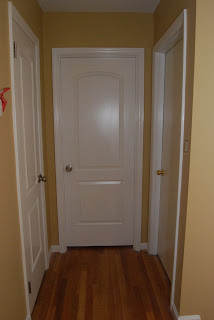 There it is, in all it’s new-door glory. The one on the right is still the old one so you can compare. I think they change the feel of the whole house. What a difference a door makes. Replacing them was such a treat. It wasn’t a requirement that we do it. All things considered, we decided it was one of those things that would make a big difference that was worth it to us. And don’t forget how tired those old doors were. Worn out, they were. It was the kind thing to do.