Do This Before A Hard Decision

The railway system in Japan is one of the best in the world. I read about this exceptional and methodical system in the book Atomic Habits by James Clear, where he writes in chapter four about how the conductors have a ritual of pointing at different objects and calling out commands. 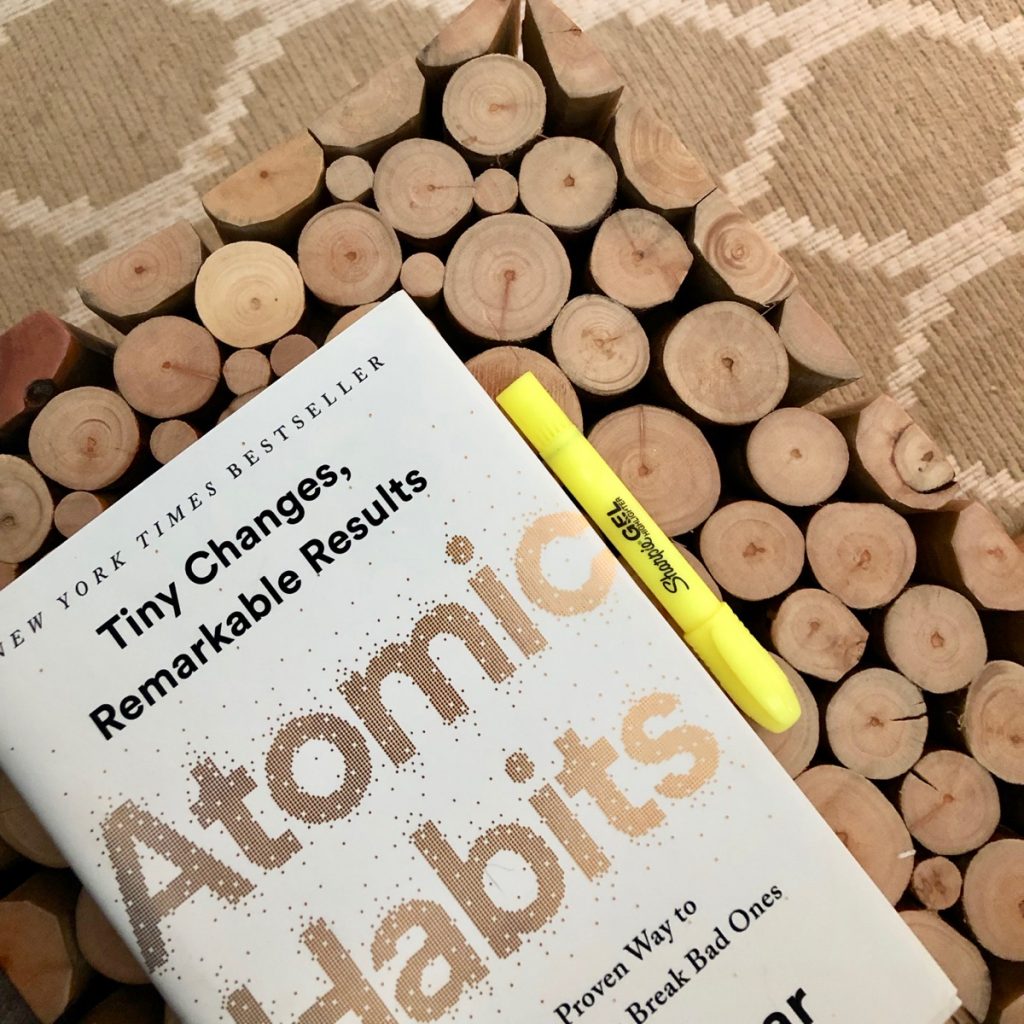 The commands are simple and obvious, much like what you might see a toddler do naturally. But instead of the curious prattle of a child, these railway workers are performing important professional tasks, though it may not look that way at first. 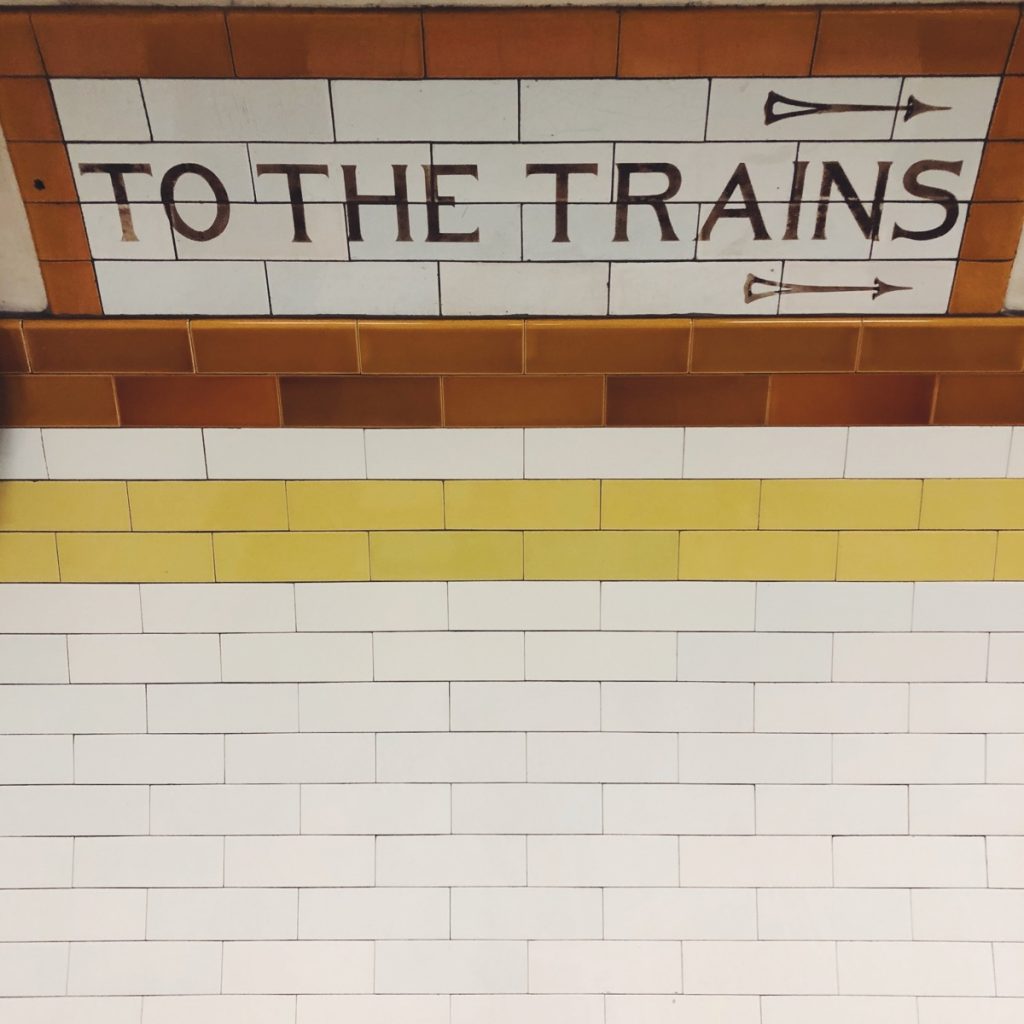 Other members of the staff will do similar tasks on the platform as well, pointing at objects and calling out facts about the status of the train. The details are identified, pointed out, and named out loud. 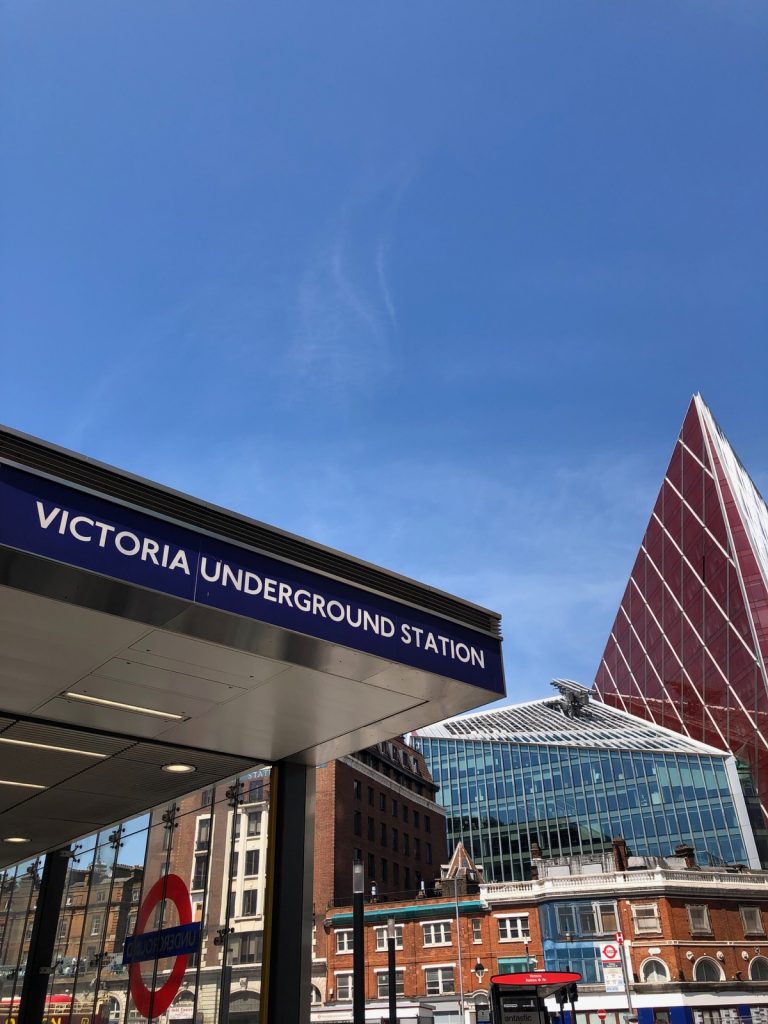 I could have used a point and caller on a train platform this summer in London. My girls and I were traveling to Camden Town for shopping, just the three of us. Earlier in the day, when John was with us, it was easy to have one parent lead the way while the other one walked in the back. But the guys went one way that afternoon, and the girls and I went the other way.

As a solo parent on this particular shopping trip, I had a moment of panic as we walked down the steps to the Tube because I was imagining being separated from my girls, them on the train without me and them not knowing where to get off while I stood on the platform by myself. Never mind that they’re 15, they’re taller than me, perfectly capable of reading directions and navigating their way around; this was London, it was a foreign country, and I’m their mom. 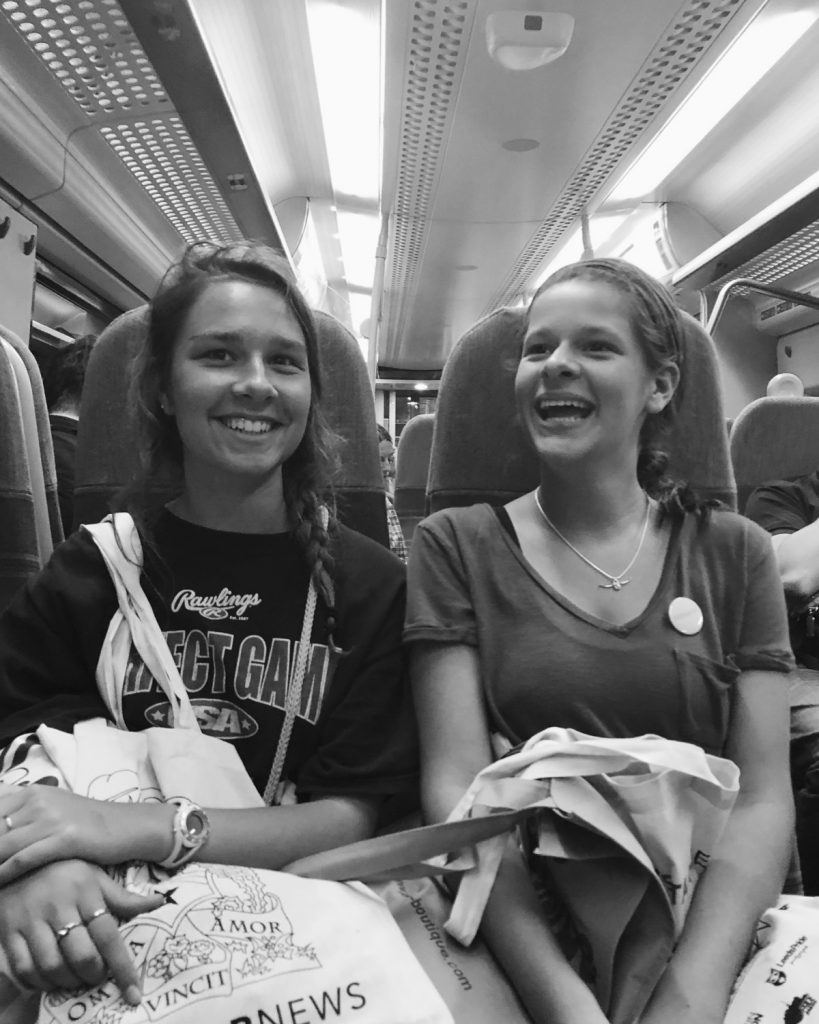 So when we arrived on the platform, I had a plan. I didn’t want to accidentally send them off on the train alone, so I confidently stepped onto the train first. But what I failed to realize was that it was equally terrifying for me to leave them behind on the platform, which was almost exactly what happened.

I boarded the train and I waited a split second too long to look behind me to make sure they were with me, only to see the doors closing and the girls on the other side of the window. A couple of hurried travelers had stepped between us and blocked their way onto the train, but thankfully the doors sensed the obstruction and immediately opened up again long enough for the girls to jump on really quickly. 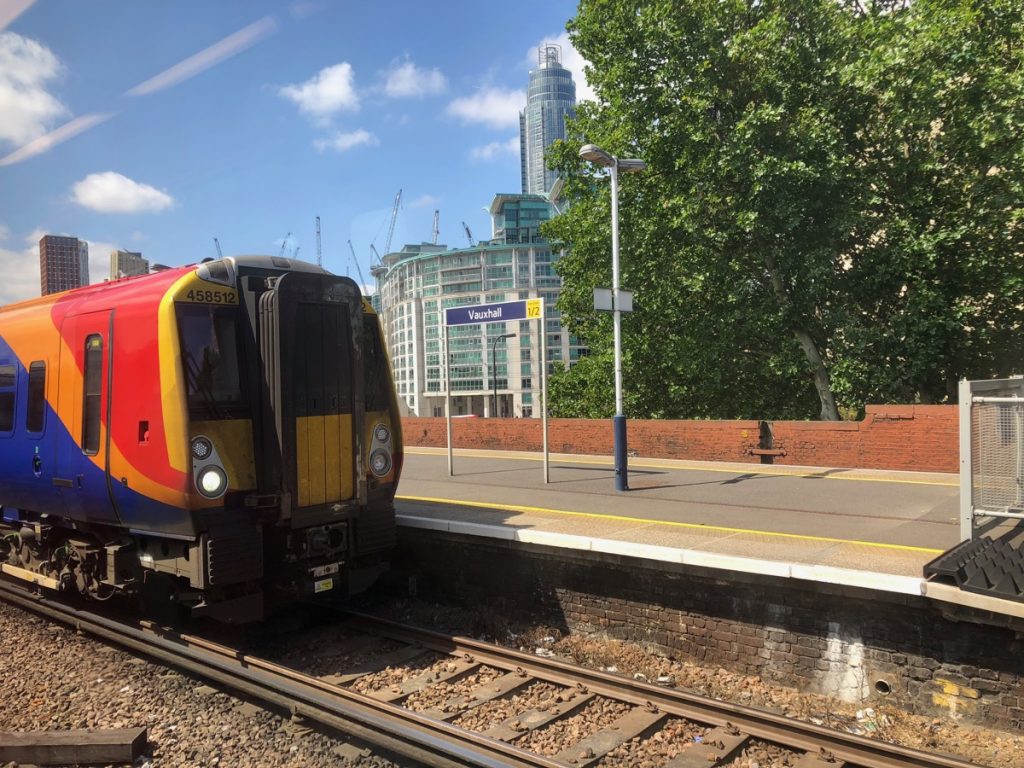 But it was sloppy, and it felt dangerous, with people shoving and doors beeping and my reflex mom arm reaching out frantically out of the door to pull them in. So while it may seem over-reactive and unnecessary to some, to have a human person on the platform pointing and calling out the obvious, we could have avoided those harrowing few seconds if we had a train worker on our side that afternoon.

Pointing and calling doesn’t rely on a worker’s eyes or sheer habit alone. Instead, each task is reinforced both physically and audibly, ensuring the safety step is complete and precise.

The closest I’ve come to seeing a point and caller wasn’t at a train station in Japan, but at the indoor water park. I’ve talked about them in depth in episode 22 of The Next Right Thing podcast, about my deep dislike of indoor water parks, but how I’m obsessed with the lifeguards. If you haven’t seen them, they never stop moving. 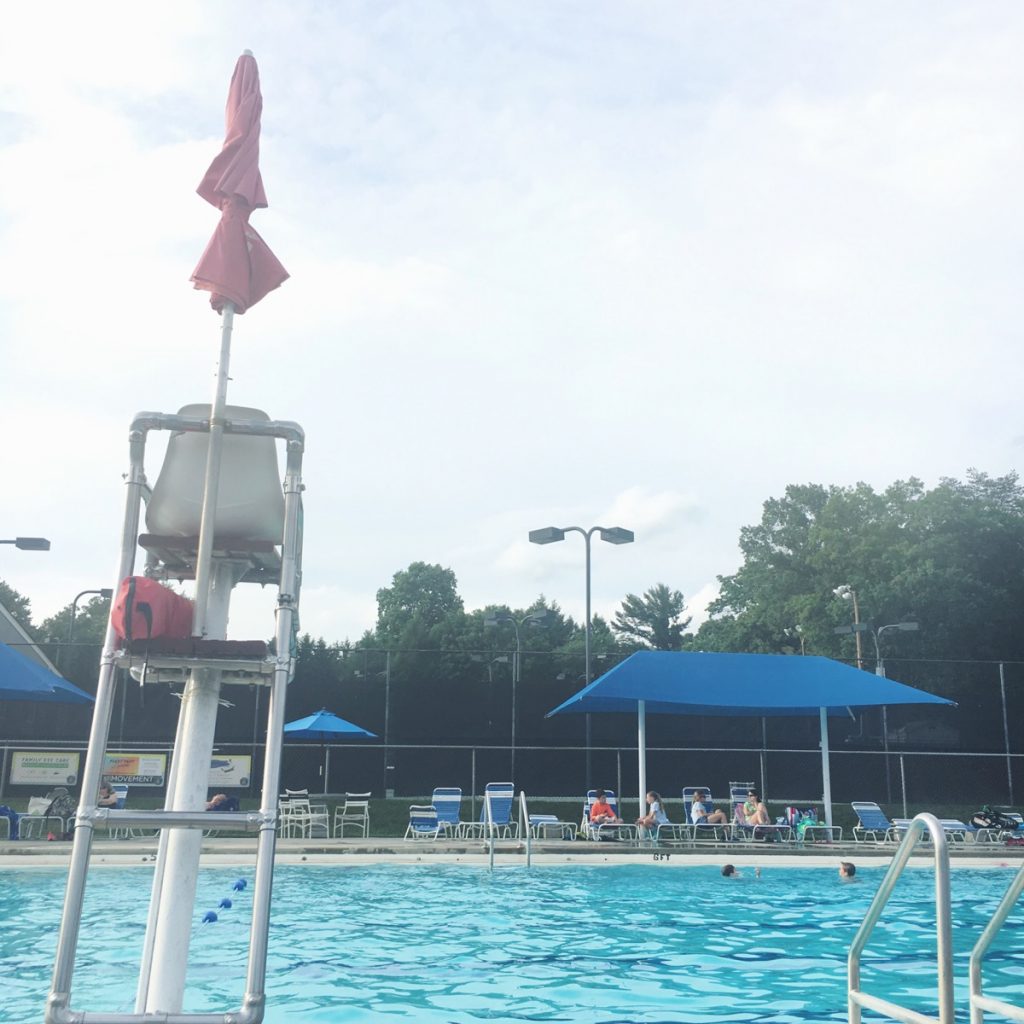 It’s as if they’ve been each assigned an eight foot length of the pool, no more, no less. They’re responsible for those eight feet and anyone who swam within those eight feet.

While they aren’t exactly pointing and calling, they are extremely aware of their surroundings and what’s happening in front of them. They pace their assigned distance back and forth on the edge of the pool. Their eyes never leave the water, their heads nodding up and down. Whistle is ready between their lips, life preserver propped beneath their arm. It is a sight to behold if you’ve never watched these lifeguards at an indoor water park.

Another example of pointing and calling: before leaving for church when I was younger, and probably still now, my mom used to check the stovetop and look at all the knobs saying out loud, “Off, off, off, off.” She did the same thing with the iron and with the coffee pot. I think she even unplugged them, and then she would say “Off, off,” out loud.

On Friends, before leaving for a trip, Monica and Ross had a similar practice: “Passport, check. Camera, check. Travelers checks, check.” I always laugh at that part.

Pointing and calling brings our awareness forward. It takes something that is typically subconscious and makes it conscious.

The train operators use not only their eyes but also their hands, their voice and their ears as well. If the simple, redundant, and elementary practice of pointing and calling reduces workplace errors by up to 85% in the Japanese railway system, I wonder what a similar practice could do for us in other areas of our lives? And how can that help us make more informed decisions? 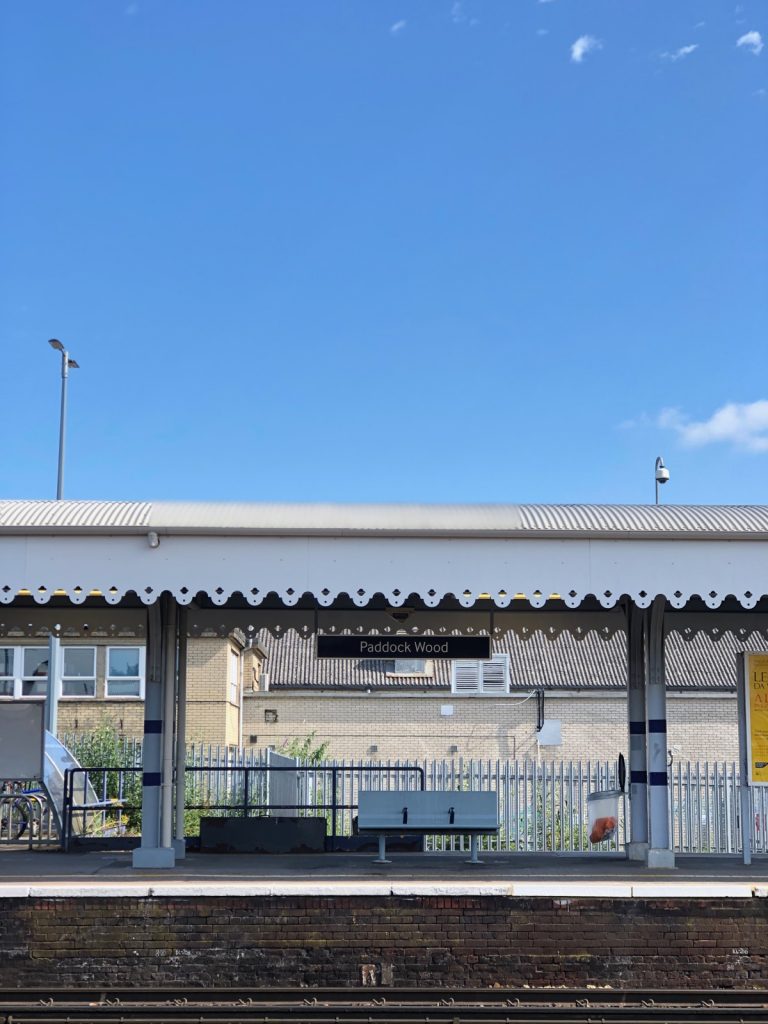 I can think of several ways to incorporate this simple point and call practice, depending on where I might be struggling.

When I’m feeling scattered, it helps to start the day with a point and call-like practice. I shared all about my morning rhythm of prayer, reading, and writing in this post, How to Create Space for Your Soul to Breathe. It’s a simple way of pointing and calling by making a tiny declaration of time in the morning to pray what I believe, to write down some questions, gratitudes, and reflections, and to read something true.

When our kids were little and we wanted a simple way to connect on a daily basis, we would sit at the top of the stairs and share our favorite part of the day. We named our time, wait for it, Top of the Stairs. But this too was a way of pointing and calling, of saying out loud together what happened that day and why it was our favorite, in a way that even the youngest in the family could understand.

When I feel stuck in my journaling, or when the days are going by in a blur, one of my favorite ways to point and call is to use a simple listing practice that I call my These Are The Days Of list. (I know you’re floored by my stunning ability to name things.) What I do is I sit down for five minutes, and I make a simple list with These are the days of . . . at the top, and then I bullet point what’s happening in my right-now life.

All of these things would happen without my pointing them out, but naming them, using my hands to write them down, even my lips to say them out loud, is a way of being with what is, of bringing the simple things in my life to my awareness, of waking up gratitude. 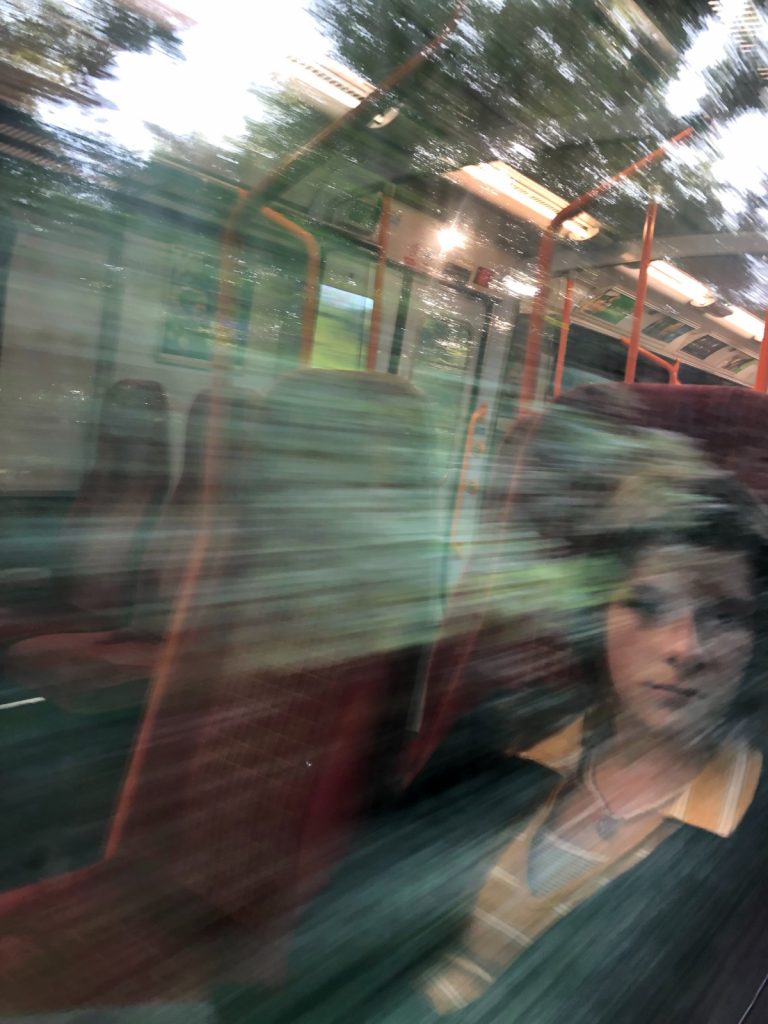 In the same way those train workers use the simple point and call practice to maintain their awareness of their surroundings in order to keep people physically safe, we can point and call in our own lives, to keep ourselves and our families soulfully grounded.

As you reflect on your own life today, where could you use a simple point and call?

Is there a gift in your life that’s all around you, but it’s become so regular and so ordinary that you’ve forgotten to remember how grateful you are for it?

Is there something good, true, and beautiful about God that you’ve forgotten, but now you’re starting to remember even just a little bit? Point at it now and call it out loud.

Is there something good, true, and beautiful about you that’s been lost, buried, hidden, silenced, or overlooked?

Maybe the most important next right thing for you today is to point at your own giftedness, and call it out loud.

“May you learn to see yourself with the same delight, pride, and expectation with which God sees you in every moment.” – John O’Donohue

These posts are a slightly modified written version of my weekly podcast episodes. If you prefer listening, you can find all the episodes right here. Learn more about The Next Right Thing and get your copy right here.