The great bloggy giveaway has got me thinking…(check out the previous post if you don’t know what I’m talking about). Let me just start by saying I know I’m a little bit of a loser. But I derive an arguably unhealthy amount of comfort and joy from certain TV shows. There. I said it.

It started with The Brady Bunch and continued with Survivor. (I know I’ve talked about this here before.) But tonight is big because it marks the end of an eight month long TV induced depression… when LOST aired its season finale. More importantly, though, its been eight months of living life here without my sister living 5 minutes away. But also, eight months of wondering how they get off the island and why they would want to go back. Seriously, though, its been eight months since John and I left our old church and started over at a new one. What?

And thus continues this strange journey I’ve been on of realizing how closely I associate certain TV shows with stages of my life.

I don’t watch THAT much TV, I’m just fiercely loyal to those shows I do watch, largely because of the sentiment I attach to them. It’s not even that I so like LOST, for example. I mean, I watch it…yeah. And I look somewhat forward to watching it. But more than that, I look forward to looking forward to watching it with PEOPLE. See…its the anticipation and the company. I’m making dinner tonight for the season premiere. We’re having some of our favorite people over…because LOST is dinner and Breyers ice cream and favorite people. Same as Survivor will always be good food at my sisters’ when her boys still used sippy cups and their house was only minutes away.

And then there’s Friends. I didn’t watch it regularly when it was actually on the air, but I borrowed Season 1 from a friend when my girls were small and I was nursing (this seems to be a pattern for me) and I found such joy, such sweet company. So I shamelessly asked for the entire series for Christmas last year and thanks to John and Costco, look what I got. 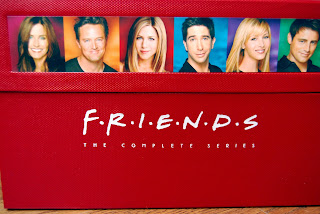 That’s 10 seasons, people. So its now what I watch when John is out of town or I feel anxious at night and just need a laugh or a…friend (I now officially hate myself). So while I’m down here (you know, in the place where NBC executives most want me to be: addicted, needy, wrapped up, tricked), let me go ahead and show you these. 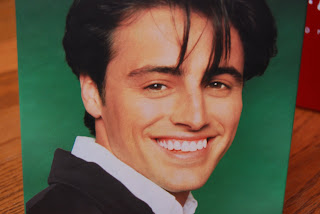 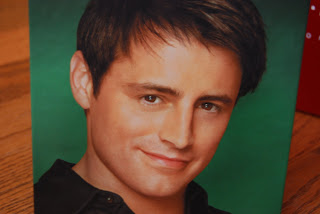 Yeah…still hating myself. Seriously, though, doesn’t everyone do this? Maybe they don’t, which is what I’m starting to realize. Because to me, The Wonder Years is a cold, cozy, rainy school night in Iowa, The Smurfs is a long john donut on a Saturday morning, and The Brady Bunch is afternoon sunshine and an after school snack. Right? RIGHT?! I’m starting to hyperventilate. Maybe 1994 Rachel will make me feel better. 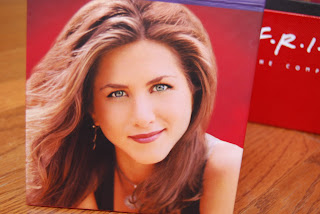 Oh, and by the way, a long john donut is what my sister and I called chocolate eclairs because what kid knows the word ‘eclair’?