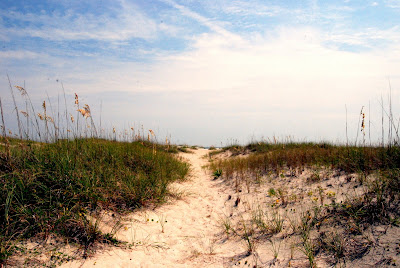 I really hope you all don’t hate photo posts. Because I’m totally doing one today. And something else about me: I cannot mix black and white photos with color photos. If I ever put photos in an album or on a wall, there is to be no mixing. That’s just me. 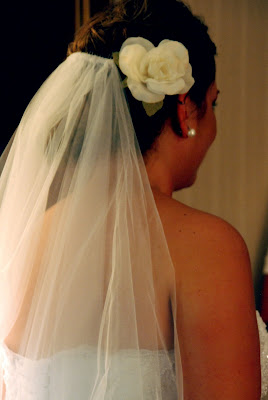 As I’ve mentioned before, my friend Alisa hired me to be her second shooter for a wedding at the beach (don’t we totally sound like assassins?) These are some of my favorite color photos from that day. 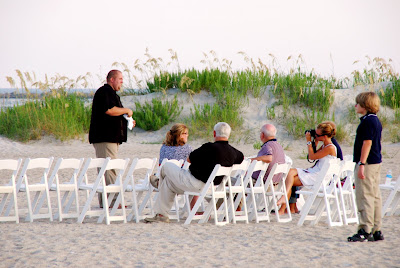 I’m including this one mainly to show you that on the Southeast coast, we have grass on our beaches. Aren’t we cute? Alisa is from California and she didn’t believe it until she saw it with her own eyes. 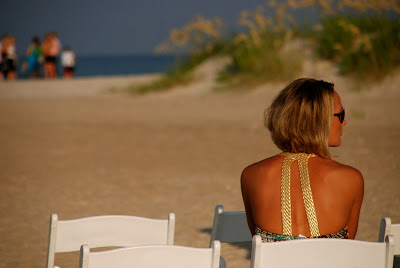 Alisa was the main photographer so she had all the responsibility. I just got to have fun. Which is why I had time to take this photo of a guest just before the wedding. I kind of want to be her. 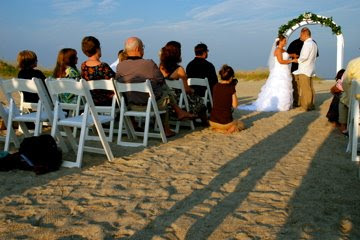 I really like the angle of this photo, but I also wanted to share with you our dilemma that evening: the sunset. Notice the giant standing in the back? Her shadow was basically in the center aisle the entire time. 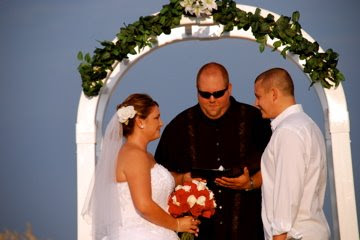 This lucky groom didn’t have to wear a tux or even shoes. 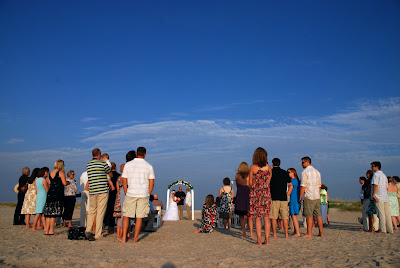 Here’s a wide angle shot from the back. The psychology of groups is fascinating to me. There were 30 folding white chairs set up, obviously not enough for everyone. Turns out, most of the chairs remained empty because nobody wanted to take up a chair. 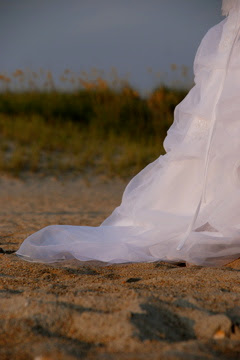 Detail shot of her dress. I had to include this one. I love a bride who isn’t worried about a little sand on her train. 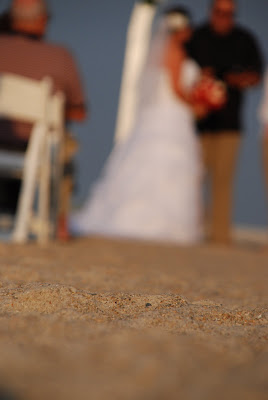 Speaking of sand and details, here is Emily trying to be cool and artsy. I was focusing on the sand on purpose, but it sort of just looks like a blurry bride and groom. Still, I can’t help myself. I kind of like it. 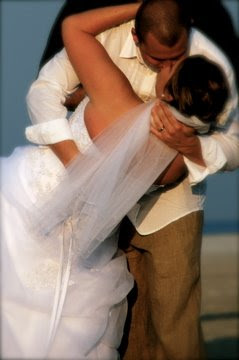 Don’t you love it when a groom dips his bride for the kiss? I sure do. 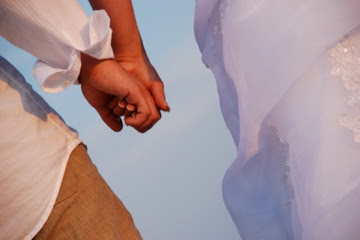 They were chatting with guests after the ceremony and I paparazzied around them like a fool to get this shot. 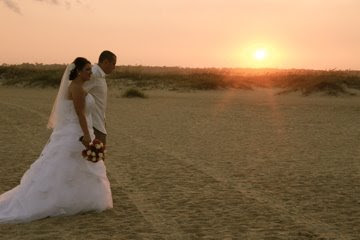 The sun was setting at the perfect time, just when we were finishing up with the photos of the family. 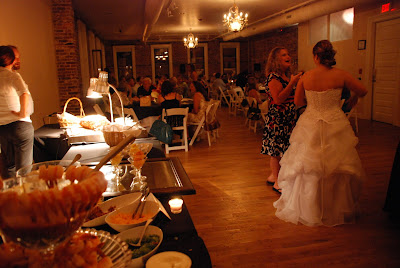 The reception was in a cool building in downtown Wilmington right across the street from where Dawson’s Creek filmed the one where Pacy bought Joey a wall. Yes, we did go back the next day and take photos in front of “the wall”. 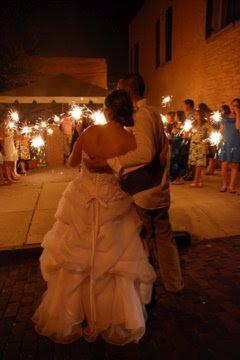 This one may be my most favorite of the color shots. A perfect way to end a wedding: with friends and fire. And with that last photo, I realize all of my favorite colors only show the back of the brides’ head. I’ll have to rethink that in the black and whites.