In an effort so serve those who aren’t podcast listeners (and satisfy my relentless need to experiment) I’m sharing a story from The Next Right Thing Podcast here on the blog. If you’d prefer to listen, tune in to Episode 75: Tell Yourself the Truth. 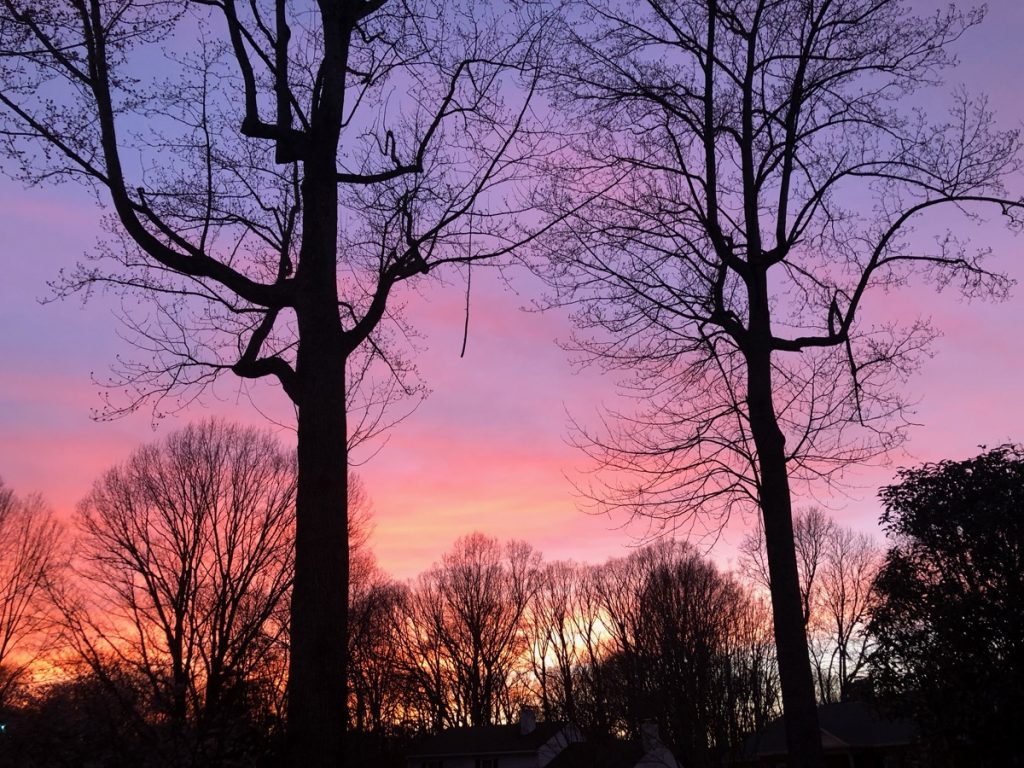 A group of children stand in our front yard, doling out roles for the next round of hide and seek.

“You be it,” they say to one of the older ones, “and we’ll hide.” The one who’s it shuts her eyes and begins to count out loud while the rest of the group scatters, looking for a place to hide where they won’t be seen or, at least won’t be seen first.

But the youngest among them stays right where she is, a clever smile on her smooth, round face. She makes only one move, the most important one in her mind. She blinks her eyes closed and puts her hands over her face, certain she’s found the secret to remaining undetected.

It’s only a matter of time before she realizes her mistake.

On Tuesday, March 12, 2019, fifty people in six different states – including Hollywood actresses, wealthy business leaders, elite college coaches and more – were accused by the Department of Justice of playing a part in a major college admission scandal.

People across the country are outraged but, in many cases, not surprised, to see this blatant display of power, privilege, and deception in an educational system that’s supposed to be the launching pad for the next generation.

Now I don’t claim to know much about college admissions in general and I certainly don’t know all of the details surrounding the stories of the people allegedly involved in this most current and still developing scandal.

I’ve seen the jokes, the teasing, the “they got what was coming to them” comments. All of that could be appropriate and even true, I’m not here to say, but one question that keeps being repeated is how could parents do this? Grown people with common sense. How could they lie and cheat to get their kids into college?

As I’ve paid casual attention to the news this week another question continues to rise to the surface for me and that question is this: What false narrative is at play here? 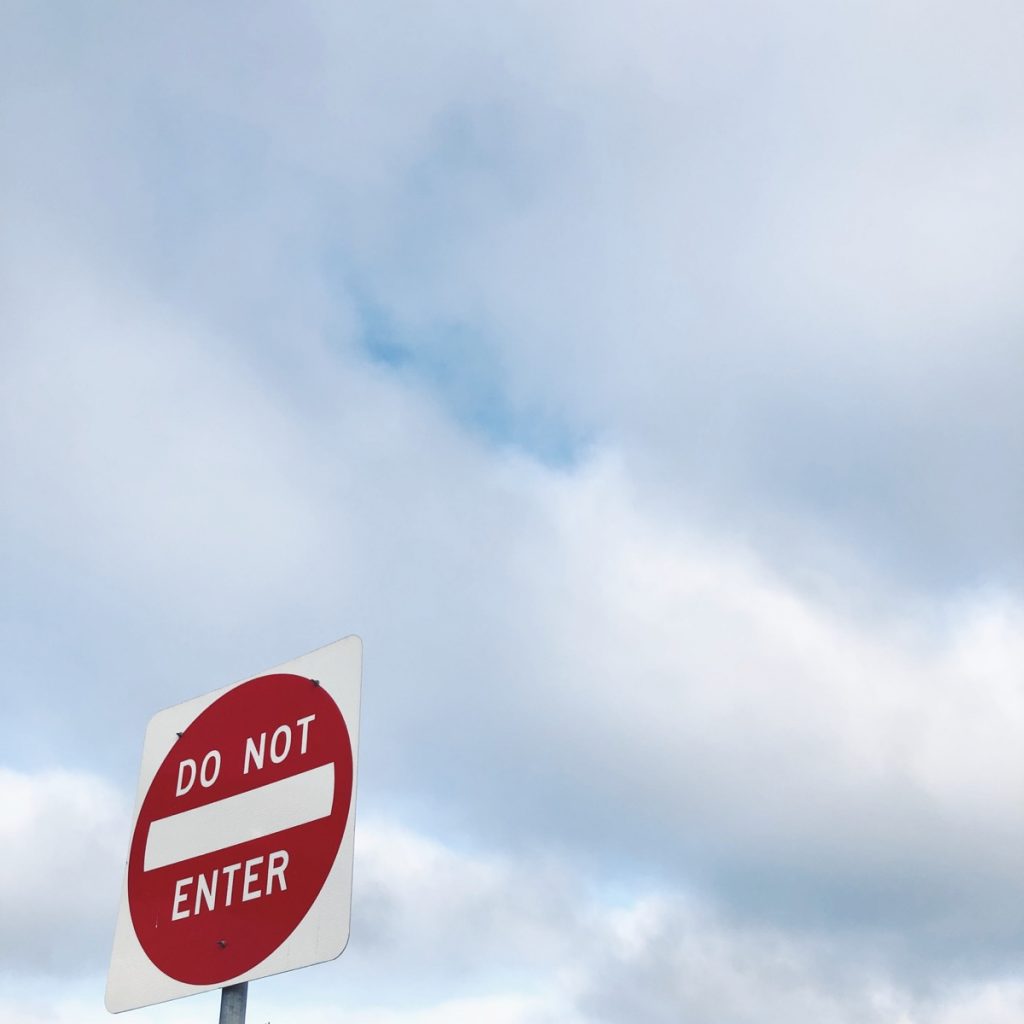 In his book, The Holy Longing, Ronald Rolheiser says, “We get into trouble whenever we don’t name things properly.” I’ve found this statement to be true over and over again in my own life.

When it comes to making decisions, we can’t discount the importance of naming the unnamed things and admitting what lies beneath. Our unwillingness (or inability) to face the stories our lives are telling us will not keep those stories from speaking. It will simply keep us from having a say in the way they play out.

Like the youngest one with her eyes closed in the middle of my front yard, what we believe about reality and our place within it will always determine what we do next.

Our belief cannot be divorced from our action.

Here’s something true about me: I have the endless capacity to see nearly every side of an issue. If I hear one perspective, I will generally receive it thoughtfully without much argument. Until someone with the opposing point of view explains their perspective, and I instantly see all the logic I was missing before.

The problem for me is I’m good at hearing all the sides, but I’m not so great at picking one. It’s why I hate voting a little bit. (Although I do it. Reluctantly.) It’s why I could never be an attorney. (The worst.) Or a judge. (Can you even imagine?)

I have thoughts and opinions, many of them strong. But they are slow to grow, which is why book writing suits me better than current-event-writing (though based on today’s topic you wouldn’t necessarily know that).

On the one hand, this openness is a gift. I am generally able to hold ideas with an open hand. I have practice in listening, considering, and waiting before I speak. But they say our giftedness can also be our burden and there are many ways that this is true for me. Unchecked, this openness can become indifference, indecisiveness, and even intellectual laziness.

I am a slow processor, but I can easily use that as an excuse for not having to make a choice. I know this shows up in my writing. I recognize my hesitancy to make strong statements because one of my recurring fears is that I will say something now that I will completely disagree with later. It’s happened before and I’m sure it will happen again. 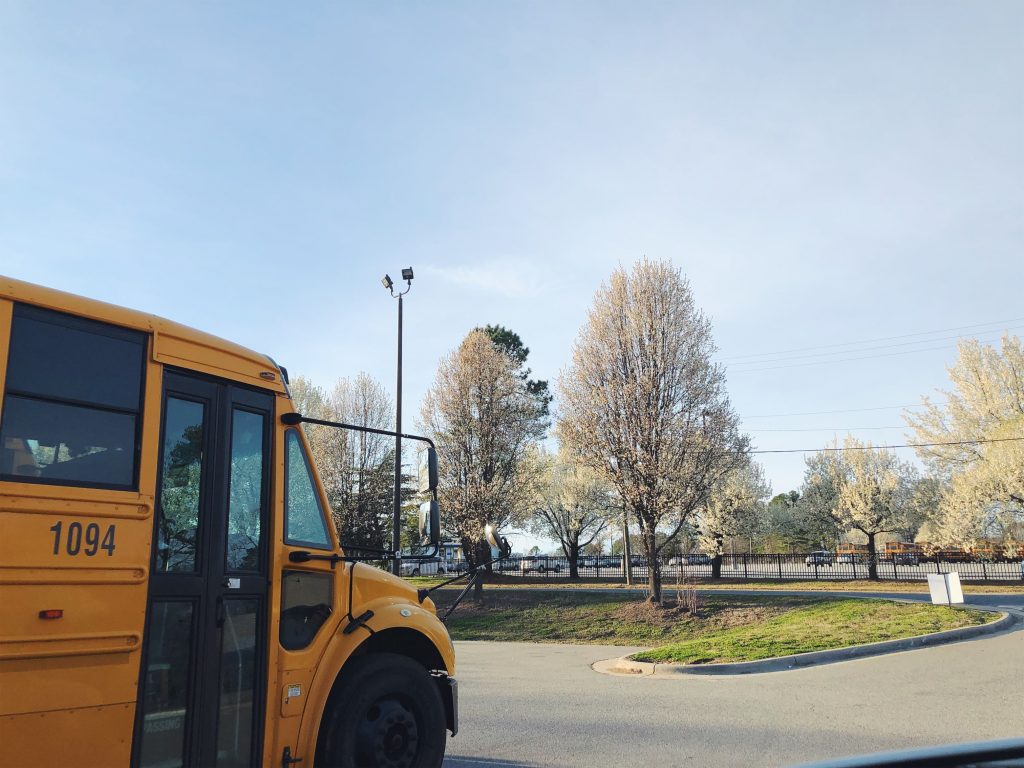 Looking over some writing I did a few years ago, I read these words I wrote: “We are not called to action. We are called to belief.”

In the context of the piece I wrote, I get it. I am a woman who has spent a lot of life, especially in college and early marriage, finding my identity and acceptance in my ability to perform well.

So when it comes to acceptance before God, we are not called to the kind of action that performs for our own worthiness and love. We are invited to believe we have those gifts already.

But belief expresses itself through action, so for me now, that statement I made at first is misleading. It isn’t one or the other. It’s both.

The shape of our life is defined by the verbs.

Hope. Persevere. Feed. Help. Listen. Believe. Even this is a verb, a movement toward God even in the midst of confusion or frustration or fear.

The Lord told Moses to stretch out his hands over the sea and up came the walls of water. But Moses had to act on his belief and in doing so, the water became walls. The lame man had to pick up his mat and walk. The bleeding woman had to reach out her hand to touch.

“And what more shall I say? I do not have time to tell about Gideon, Barak, Samson, and Jephthah, about David and Samuel and the prophets, who through faith conquered kingdoms, administered justice, and gained what was promised; who shut the mouths of lions, quenched the fury of the flames, and escaped the edge of the sword; whose weakness was turned to strength; and who became powerful in battle and routed foreign armies.”

Reading this, none of these moved perfectly, but faith is fully expressed when we bring our imperfect work into the presence of God and move toward others in love.

We are not under pressure to act. We have been set free to act, to move, to make choices, to live out the true things we say we believe.

Learning how to listen and then move, how to consider and then choose is an important part of the journey I’m still walking. For me, it’s a key component of what it means to live life with God, to do our next right thing in love, to, as David Fitch so eloquently puts it in his book, Faithful Presence, “live together in Christ’s kingdom and bring the world along.”

Our belief informs our action. What we believe will always direct our next steps.

So what happens when we believe something that isn’t true? 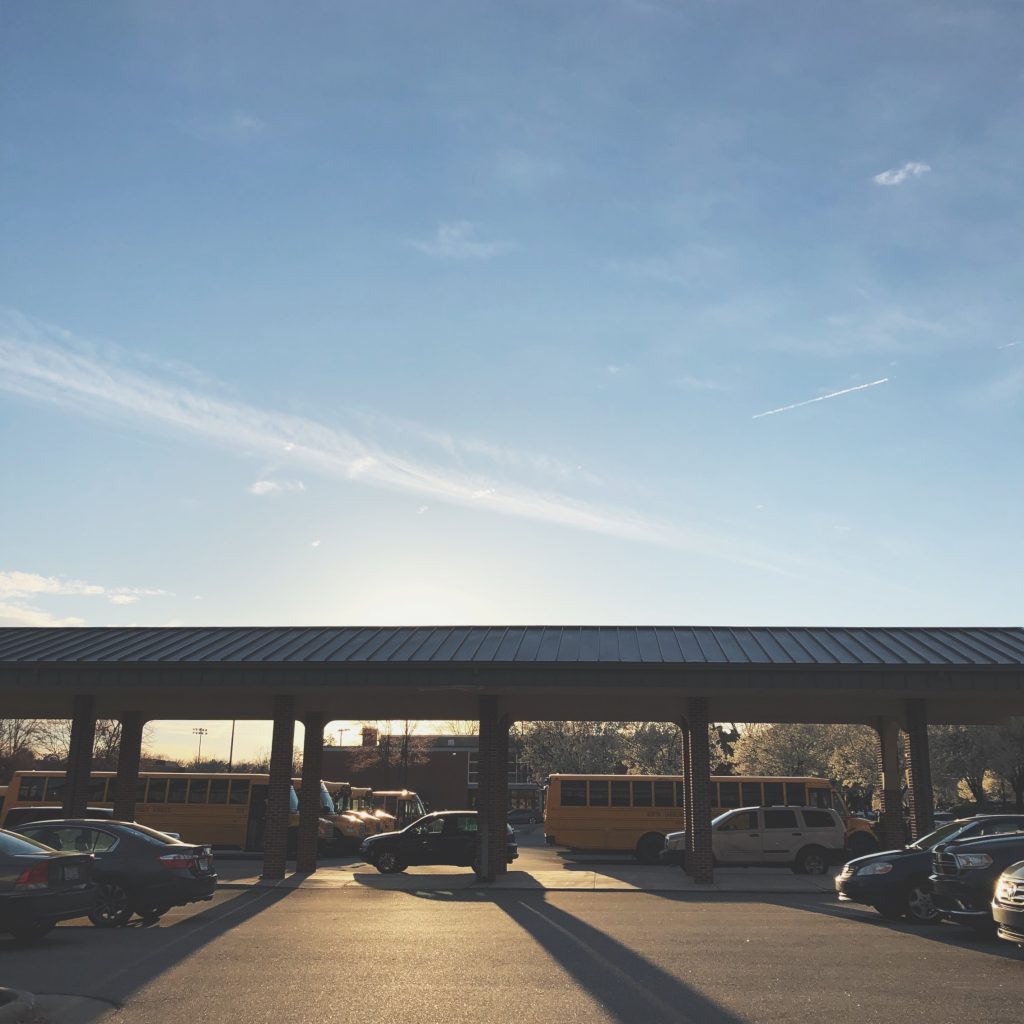 That’s what’s been on my mind this week as this college admissions scandal continues to unfold.

I don’t think parents wake up out of the blue one morning and say, “You know I think I’m going to cheat the system and bribe some people so my kid can get into a good college.”

It starts small. It grows slow. It may begin with a general belief that we deserve something we aren’t getting or we’re owed something that isn’t coming easy. We make a compromise here, a self-deception there, and eventually, the rationalizations start to feel justified.

What once felt like a forbidden whisper in a dark room now speaks with confidence in plain view and we don’t even try to hide it because now it’s based on something we’ve convinced ourselves is true even when it isn’t.

This is why the next right thing posture is so important. It can serve as a compass for us in the midst of a world tempting us to believe a false story about success, happiness, and about what the good life actually is. It can serve as an accessible fixed point in a culture that keeps moving the finish line.

Doing the next right thing is life-giving advice, sometimes even life-saving advice. Just ask the recovering alcoholics who’ve maintained their sobriety often by simply taking things one day at a time.

I don’t know, exactly, why the parents, coaches, and administrators made the choices they made. But I do wonder what story they were telling themselves in the midst of it all. “We get into trouble whenever we don’t name things properly.” (Rolheiser)

This reflection on the life and choices of other people is meaningless if I don’t let it inform my own life and my own choices.

In what ways am I standing in the front yard of my own life, eyes shut tight to the world?

Is there a reality I feel unwilling or unable to face?

Are you caught up in a self-deception so elaborate, so painful, that you cannot even begin to imagine your way out of it, much less make a change for real?

Be relentlessly gentle with yourself.

And find one way today to tell the truth.

Whisper it to yourself in an empty room.

Bring it to God in whatever way you can.

Ask him to show you the next right thing to do and trust that he will.

Because this thing you’re carrying within you, this false story that has weaved its way around your life. It may not be illegal or immoral, but is it untrue?

Today, as you make decisions about your own life and on behalf of those you love, be willing to admit the false stories you’ve been telling yourself.

Receive the truth of God’s presence with you and within you. You don’t have to undo this all by yourself.

Listen for the heartbeat of your true self beneath the persona you’ve been carrying around for so long.

And do your next right thing in love.

I wrote a whole book about this stuff, about making soulful decisions in the midst of the chaos of life. There’s still time to pre-order The Next Right Thing and get 129 dollars worth of bonuses for free.

Pre-order your copy of The Next Right Thing  before it releases on April 2 and visit NextRightThingBook.com to claim your free access to my online class, Discern + Decide: A Guide to Design Your Personal Rhythm of Life. You’ll also receive a free download of the audiobook of The Next Right Thing (read by me!) Just enter your order number here and you’re golden. 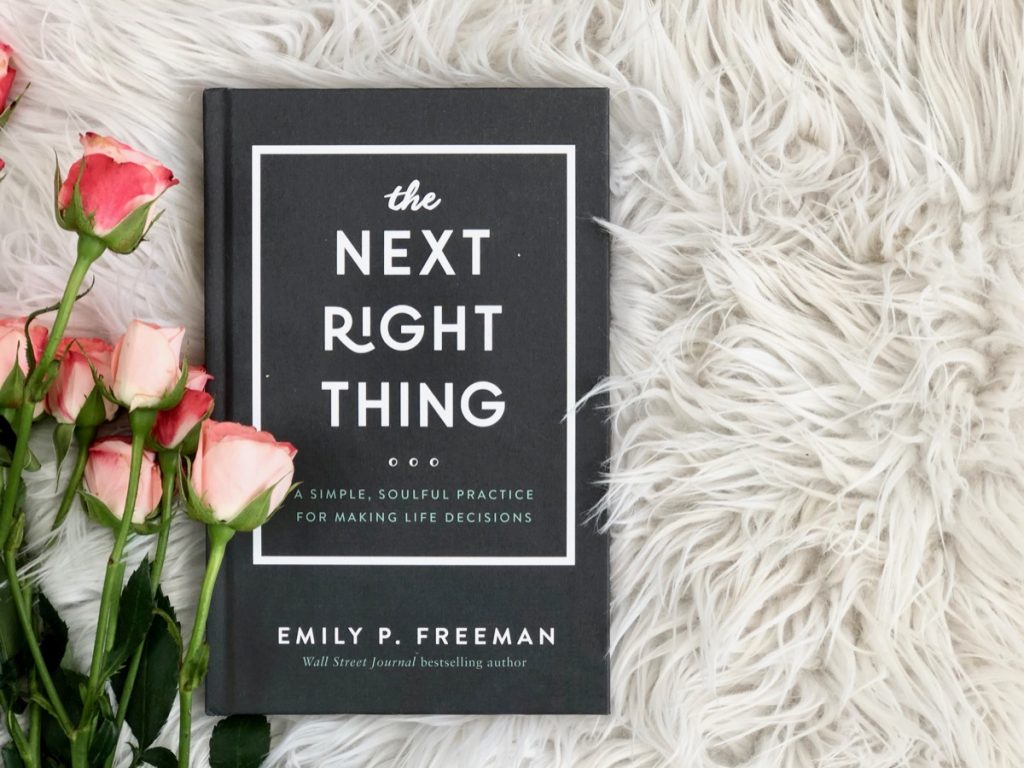