Choosing the One You Least Expect

I wasn’t planning to sponsor a child in Uganda. It’s not that I don’t think it’s a good idea, obviously. I already sponsor Pinky in Bangledesh and Stacey in the Philippines. But that was why: we sponsor two children already. Should we add a third child? 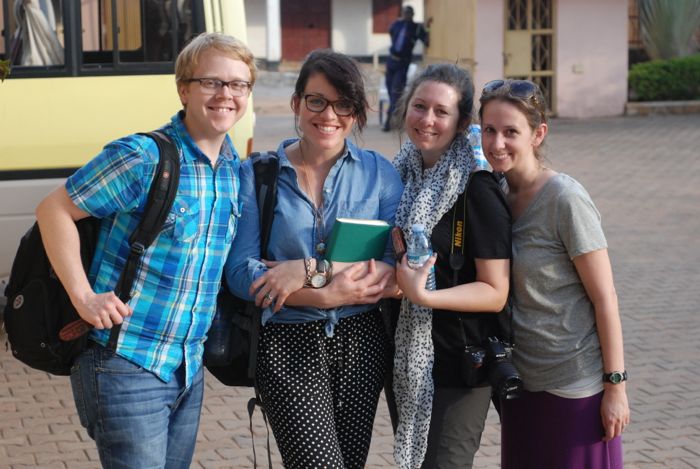 The reason I was even considering it was because I had agreed to travel again with Compassion International to Uganda – this time with Jeff, Joy, and my sister. Whenever bloggers travel with Compassion, we are given the opportunity to sponsor a child from the country we will be visiting. When the email came asking if we wanted to sponsor a child in Uganda, I didn’t pay much attention to it. And by the time I remembered to think about it, the deadline had passed.

But then Shaun emailed on Friday a few weeks ago to say we still had a day or so to decide if we wanted to sponsor with the possibility that we would  maybe get to meet him or her. He included in the email a link to the page with the children’s photos. I didn’t click the link.

I didn’t think of it again until that Sunday night while everyone on Twitter was watching the Golden Globes but we weren’t because our digital antennae doesn’t pick up NBC (we have since ordered a better one because Olympics).

I mentioned to John how the deadline to sponsor a child was that night if I wanted the possibility of meeting him or her once I got to Uganda. John’s exact words were, “I trust Compassion. It’s a good use of our money.”

He didn’t need to say more than that because we have already had many conversations about how we feel about child sponsorship through Compassion. It wasn’t an issue of trust, it was an issue of timing.

Should we sponsor a third child? John just left his job as a pastor in June and our financial situation isn’t as predictable as it has been in the past. And even though I had already agreed to join the team traveling to Uganda, I wasn’t convinced we were to commit to sponsor again.

That night after Downton Abbey was over, we walked through the house turning off lights and locking things up. Before walking upstairs I decided to check Shaun’s email one more time.

Y’all. I clicked the link.

The children looked back at me on that page and in that moment, unplanned and undecided, I did something completely counter-intuitive. I forced myself to focus on the one I was least naturally drawn to. 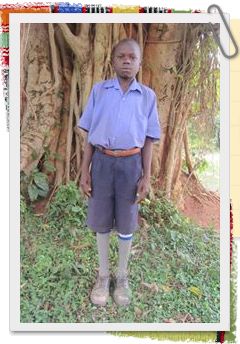 It was a ten year old boy named Otwii Paul. His face seemed harsh, his gaze unreadable, his jaw set against the world.

I hope it’s okay I’m about to say this, but it’s the truth about my first impression of him.

At first glance he looked a little bit like a bully.

I closed the laptop, uncertain.

I went to bed that night thinking of Downton Abbey, of the kids schedule the next day, of my jaw that won’t stop clicking and should I go see someone about that again?

Just before the sleep came, right on the edge of the darkness, an hour before the deadline to sponsor was up, I was awake. And not just “in-and-out-of-sleep” awake. I was wide awake, like it was morning. Except it was not.

There was Otwii Paul again in my mind – his furrowed brows and unreadable face. I couldn’t shake him.

I pulled out the laptop again, ready to click the link for the boy called Otwii Paul.

As I waited for the site to load, I thought of how we have two girls and a boy at home. Why not add a boy to our two sponsored girls around the world?

I clicked on his photo and signed up to become his sponsor. Immediately I wondered what took me so long?

Why all the back and forth? I slept easy that night. 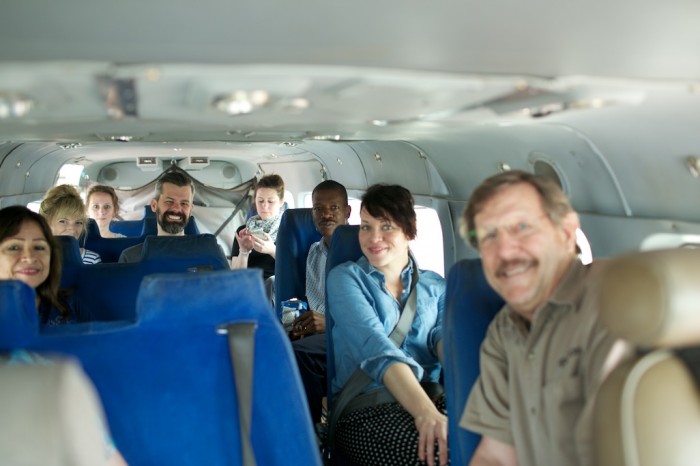 And this morning, we arrived in a little village just outside of Lira in war-torn northern Uganda. 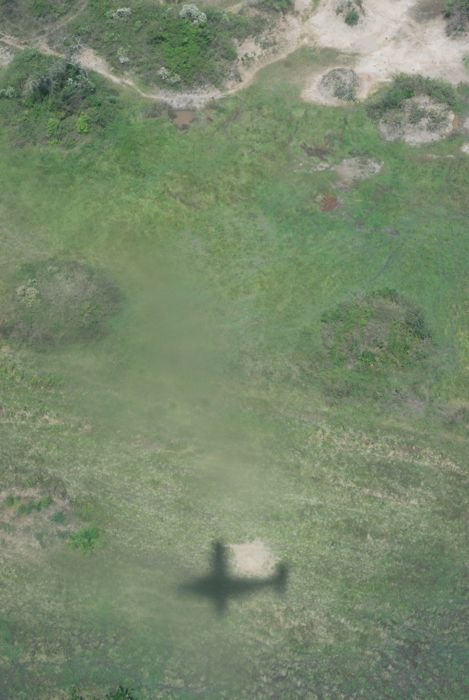 As soon as we landed on the red dirt landing strip, when got off the “plane” and the engines went off and all was quiet, when Grace, our Ugandan companion, came to greet us all – I felt something like an exhale. 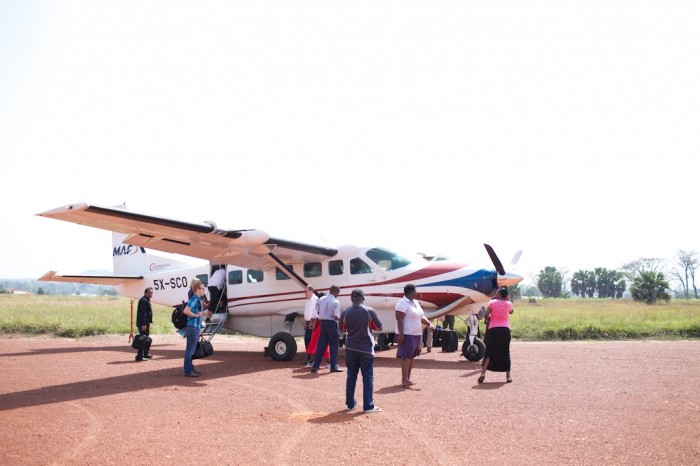 Not from me, (although I understand why you would think that seeing as how we, fully grown humans, had just landed safely in a Barbie plane).

No, it felt like the land around me was in the middle of a long exhale, like we landed right on top of her moving chest, like she has been holding her breath for too many years of war and fear and only recently has she begun to breathe again.

I felt her exhale in my soul, ever so slight.

An hour later, we’re sitting in a little church, home of the Compassion center in Lira. We’re listening to the kind, soft-spoken voice of the director telling us about the work they’re doing there, about the kind of care child sponsorship provides for the spiritual, economic, social and physical well-being of the children in this center. While she speaks, a small group of children walk into the room, sitting down quietly behind us.

I turn around and guess who sits directly behind me?

Soon he’s called to the front of the room where I go to greet him with a half-bow and a two-handed handshake because that seems like the most awkward and American thing I could possibly do in the moment. 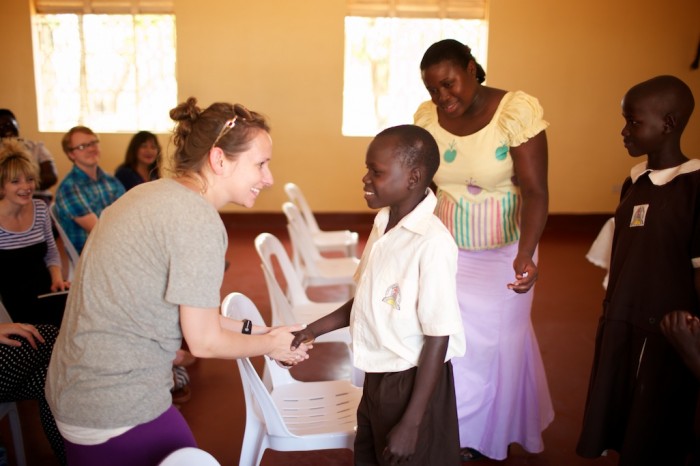 Guess what Otwii Paul is not?

Guess what he is?

I can’t wait to tell you.

The others meet their sponsored children too, pulling white chairs into small huddles, looking at photos of families from home. I learned that Otwii Paul had a sponsor before me but they had to stop their support for some reason. I ask him if I write him letters, will he write back. He nods that yes, he will. 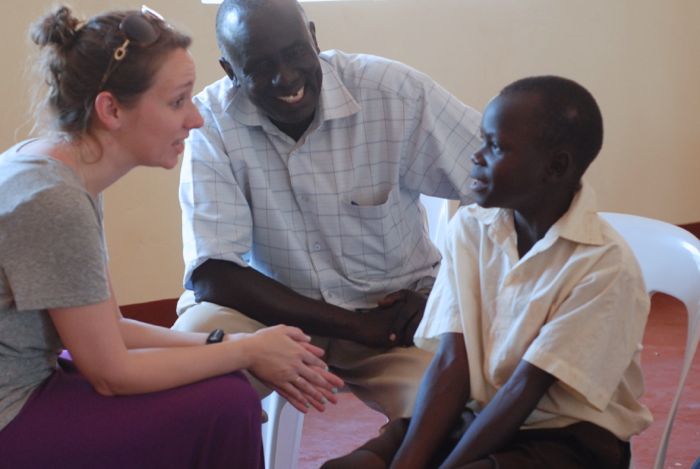 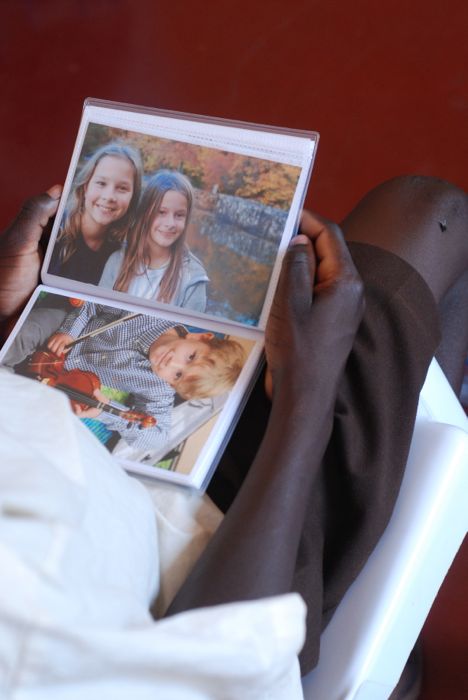 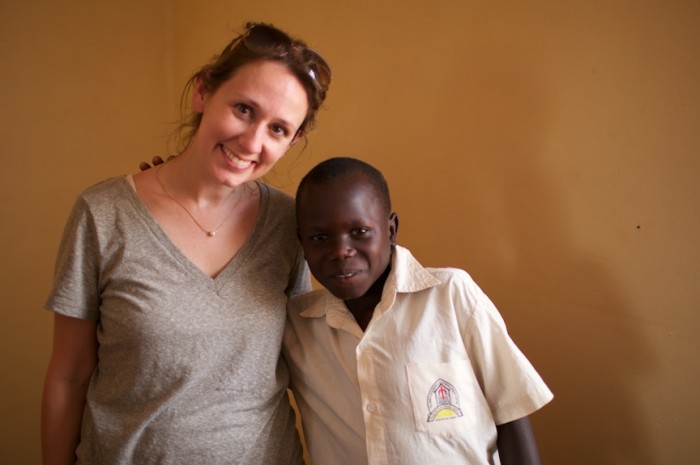 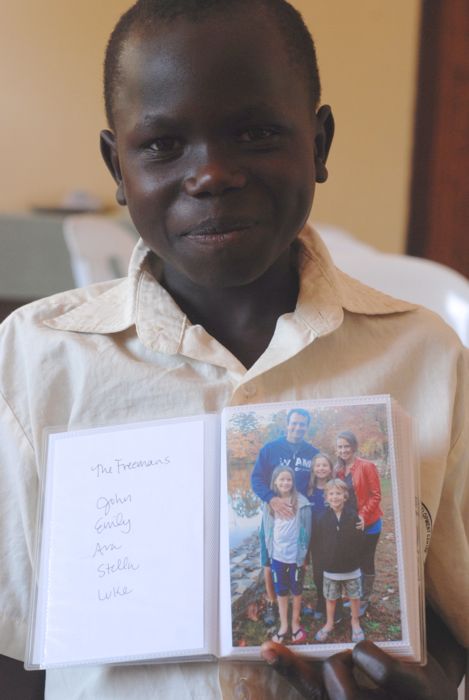 We only have a few minutes together with the promise of more time tomorrow. For now, it’s time to head outside to meet all the other children registered in the program. 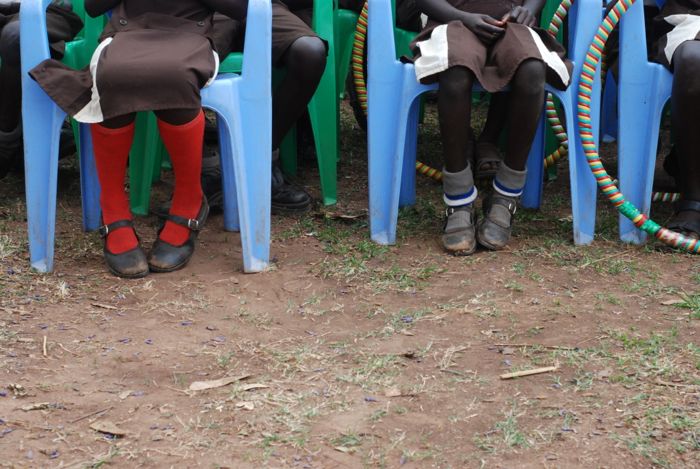 They have us sit in the very front of all the children, the best seats in the house. Or the field, if you want to get technical. We all introduce ourselves and when it’s my turn, Wess points out the fact that I am Otwii Paul’s new sponsor. 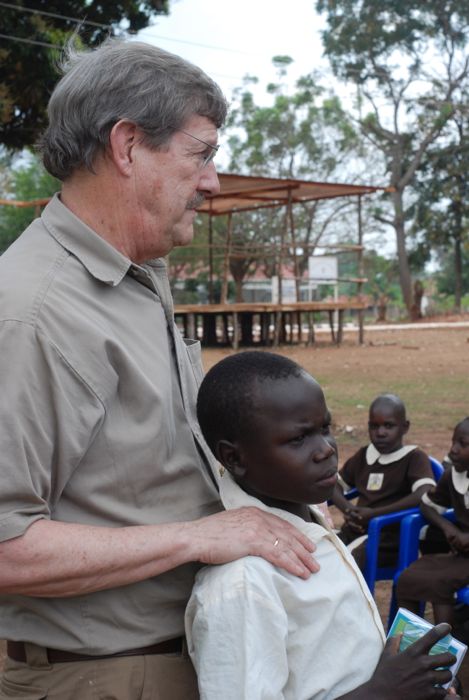 As Wess speaks, he keeps his hands on Otwii Paul’s shoulders, and then director of the Compassion Center, the same soft-spoken woman as before says the words I will never forget:

“Otwii Paul is our spiritual leader.”

What? The boy with the scowly face and the unreadable expression? The boy who I thought, based on his photo, I was least likely to connect with? This boy was the spiritual leader of this group of over 200 kids?

I wanted to know what she meant by that, how she knows that, what he does to make her say that. About five minutes later, I find out.

Before we leave, Wess calls out to the children, Could you sing something for us before we go?

Without hesitation, Otwii Paul takes his place in front of his peers, and starts to do what Otwii Paul does (if you’re reading in email, you may need to click over the see this 55 sec video):

And in those few moments, listening to those children sing through the leadership of Otwii Paul, I thought of my husband back home who left his job as a youth pastor but in a way, because of the ministry of Compassion and the opportunity for us to sponsor, we are able to support a youth who pastors.

They told me if I give him my prayer requests, he’ll pray for me.

They told me he mobilizes the children for activities.

I couldn’t have known any of this about him from his picture. And I didn’t necessarily get any of this from our first shy conversation.

It wasn’t until I saw him in his element that I knew what she meant.

Are you ready to choose from one of these future nurses, mothers, doctors, government workers, farmers, and right-now-spiritual leaders to sponsor?

You can visit this page right now to see photos of children still waiting for sponsors.

I wonder which child’s photo you’ll least connect with?

I wonder what dreams the Lord has for his future?

I wonder how your sponsorship might help those dreams come true? Will you sponsor a child today?

We will be writing from Uganda everyday this week. We would love to have you join us by following our posts. Here are all of them from day one: