Let’s Help the Children Do Their Next Right Thing

This post is a modified version of Episode 119 of The Next Right Thing Podcast. I wrote this content just days before the a national emergency was declared in this country. While I don’t specifically address the near daily changes happening in our lives right now as a result of our efforts to slow the spread Covid-19, I hope this simple reminder is still a timely one as we are all practicing the posture of doing the next right thing.

I had a dream that I printed out a manuscript I was working on, and it fell from the printer like soup. So I grabbed a little bowl to catch it with, and I took a sip without thinking. And then I worried because I wasn’t sure which chapter I ate.

It was a dream, of course, but I still woke up feeling like I had done something wrong, like I was missing something important, but I didn’t know where to go to find it. A mentor told me once to pay attention to my dreams.

Every single element in our dreams don’t necessarily hold some kind of hidden meaning, but the emotion that lingers when we wake up, well, that can be an important source of information.

A thing may not have happened, but that doesn’t mean it wasn’t real. 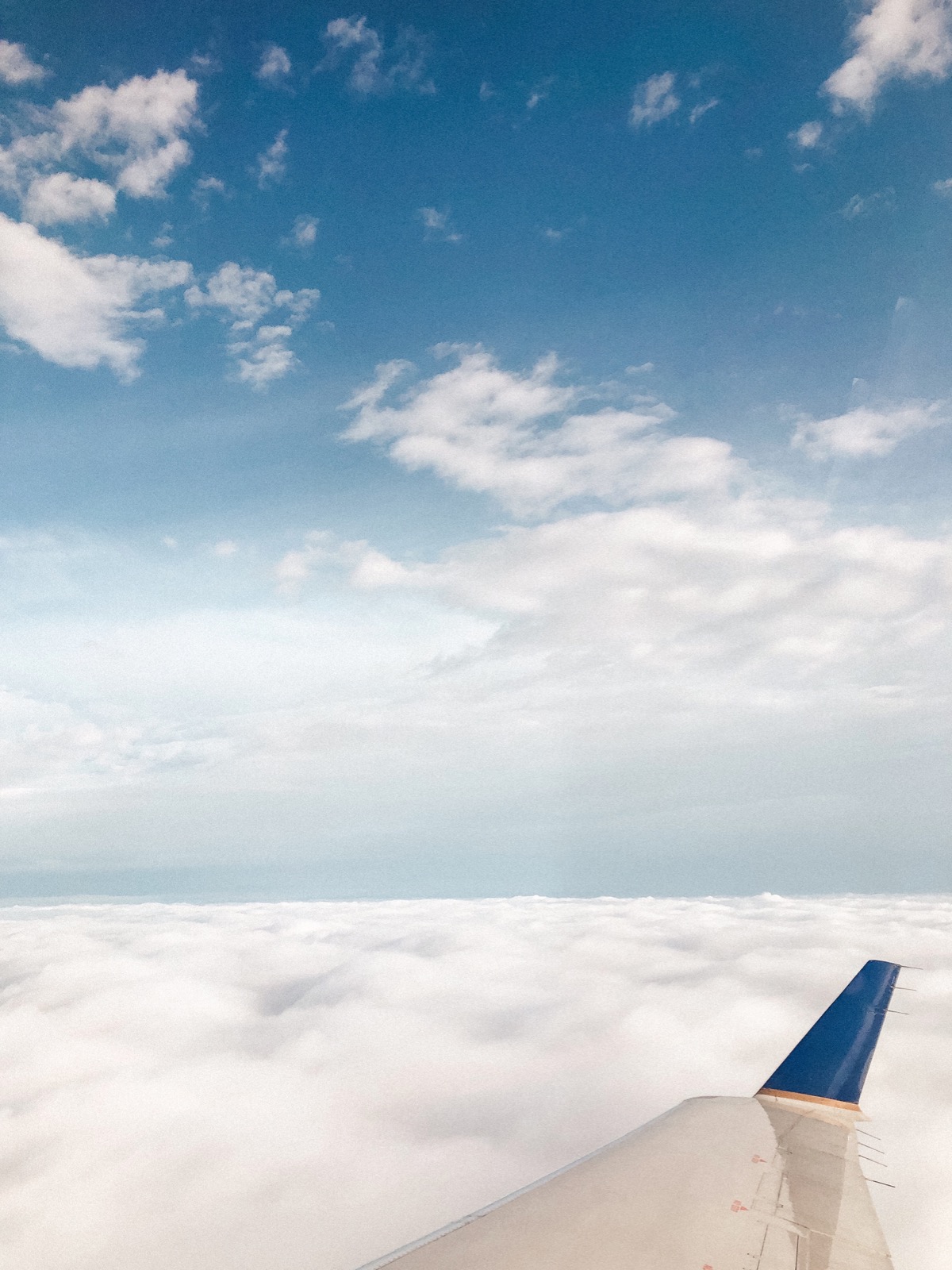 It’s hard to imagine now, but just a few weeks ago I was on a cross country flight and watched the movie version of a book that I’d read a few years back. I enjoyed the movie mainly because I had already forgotten a lot of the details from the book.

Readers can be hard to please at movie theaters. When we read a book, our imagination is limitless. If the author doesn’t give details, we just fill them in ourselves. Our imaginations are powerful. But the filmmakers have so many limitations with time, money, and technology, as well as their own interpretation of the author’s intent. They have to make choices that decide for us the color of a dress or the layout of the room. Inevitably they’ll get something “wrong.”

Our ability to imagine what someone else is imagining is the outer limit of our own imagination. In other words, I cannot put myself in your head. I’m stuck inside my own. I don’t know what you’re thinking unless you tell me. And even then, I only hear it through the filter of my own experience. That’s true between you and me, and it’s true between us and our children. 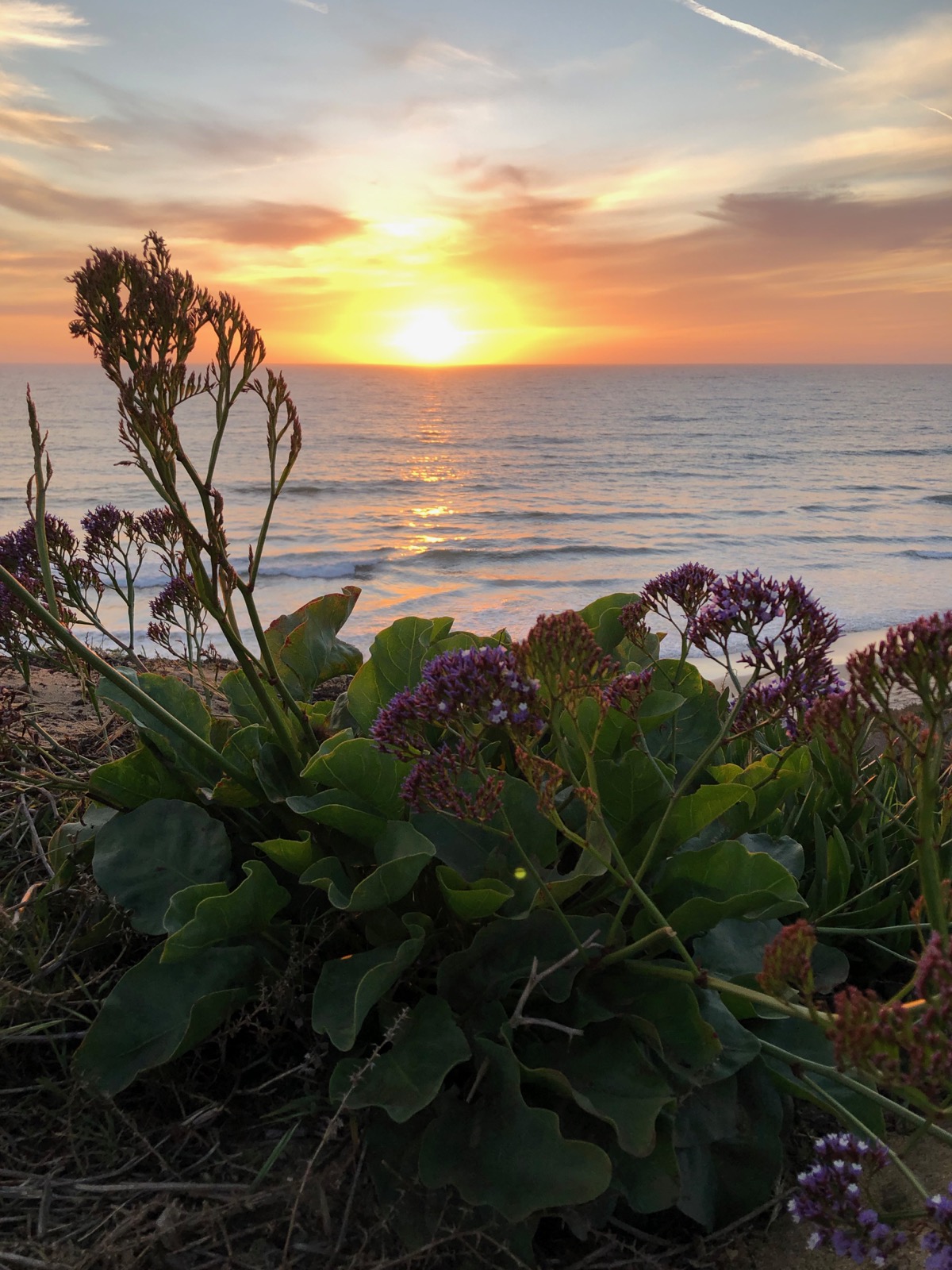 So when my daughter was in elementary school and told me she was afraid of what her friends would think of her new haircut, I dismissed her imagination too soon. “Oh, they’re going to love it,” I said. They probably would, that’s true.

But they may not love it. So what then?

The picture she was holding onto in her mind wasn’t necessarily an unreasonable one. She was lost in her own imaginary world, seeing her friends laughing and pointing and offering only heavy rejection. In her head, it hurt even though it hadn’t happened yet, even though it probably wouldn’t happen at all. But I’m no help to her when I say, “That won’t happen. Don’t worry about it.”

I’m learning to practice expanding my own imaginary world to include the imagination of my children.

I started to learn this back when they were a little bit younger, but I’m finding it still applies even as they grow. The goal is to enter into that painful place with her, to walk alongside her into the dark alley of her mind, and to confront the fear lurking in pretend corners. The goal is not to tell her there’s nothing to fear but to give her the tools to handle what might come next. This is an important practice in all aspects of parenting, but especially when it comes to helping our kids make decisions.

The next time your child comes to you with a particular fear, a potential uncomfortable outcome, or help for making a decision, rather than launching immediately into lecture, fix or tell mode, here are four things you can do to help your child begin to develop their own habit of soulful decision-making.

When someone listens to us it feels like the opposite of loneliness. Part of the fear of negative outcomes our kids have is they’re afraid of the burden of being alone in the rejection, alone in that new adventure, or alone as they navigate an unknown future.

If your child is stuck in fear or doesn’t know what to do next, pause and ask a question. Not a leading question, or a statement disguised as a question. But a true curious question that seeks to know and understand.

Episode 94 of The Next Right Thing is all about the importance of asking the second question which can be especially important for children. I know as the parents or caregivers it may seem like we’re supposed to have all the answers so our first instinct is not to ask but to tell. But if your child is struggling with a fear or frustration or a decision, before you tell them anything, try asking them a question.

And then challenge yourself to ask at least one more question. Look for the clues to her hesitation. Find out the images she’s holding onto. Follow the trail to her heart.

Years ago, I read a book by Wess Stafford that forever changed how I see children. The book is called Too Small to Ignore, and in it, Wess says this, he writes, “So far as we see in reading the gospels, Jesus never admonished children to become more grown up. He did, however, exhort grownups to become more like children.”

What does it mean to be like little children? The best way to know is to ask the children themselves.

What is he afraid will happen?

What clues will she offer you about the shape of her soul? 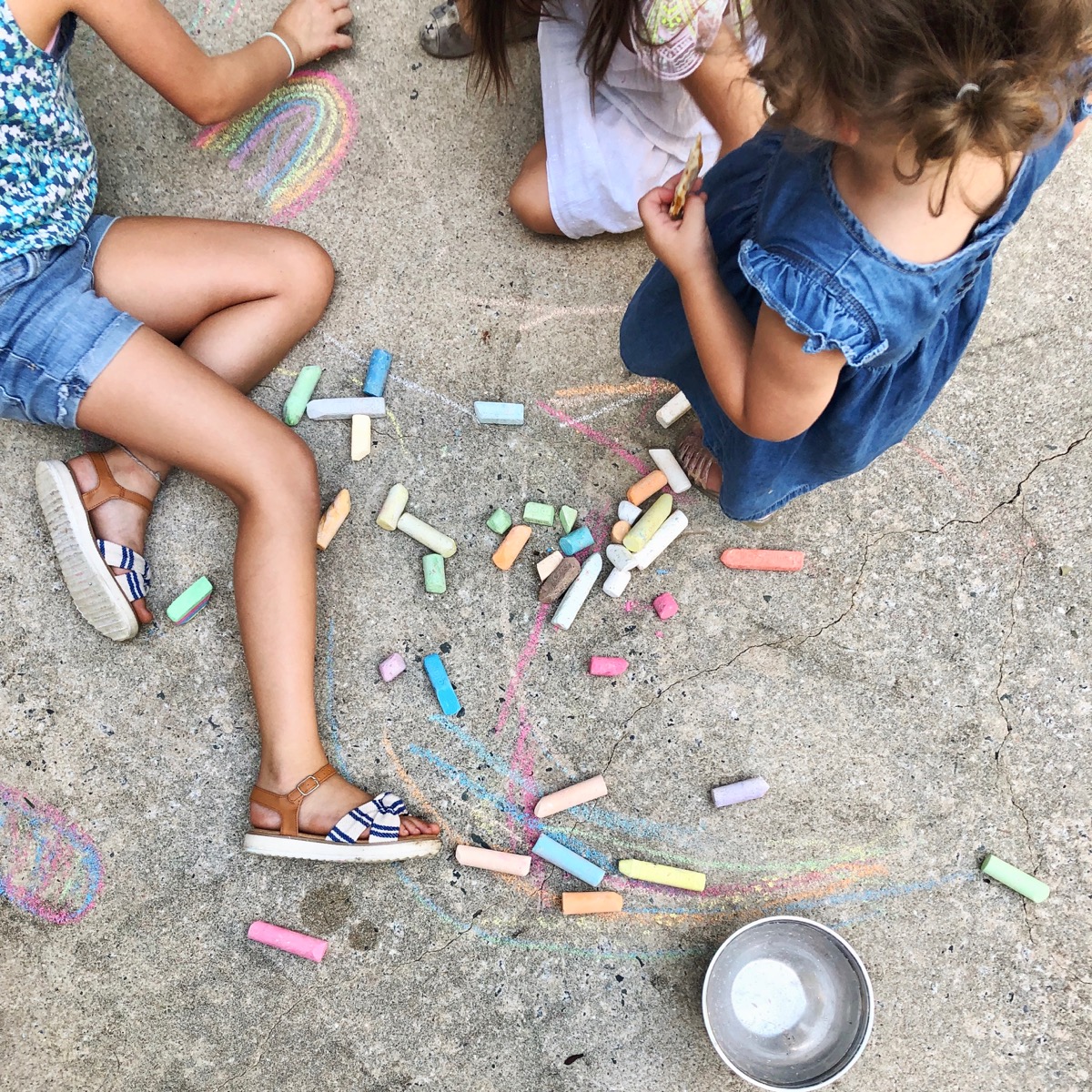 At the same time, when offering a next-right-thing solution, keep in mind that third grade is the oldest your child has ever been. In fact, no matter the age of your child, the age he where she is now is their oldest one. No matter if she’s three, or ten or sixteen. That’s why they always feel like they’re so grown up. It’s because they are.

To your child, this is the biggest and potentially most consequential decision she’s yet had to make. So resist the urge to downplay it just because it’s only third grade after all.

As the parents, we get to help shape these moments for our kids both by respecting them for what they are and by not making them something they’re not. And if a child has no idea what she wants to do or feels overwhelmed with the decision, maybe take what you’ve learned and ask her what is just the next right thing she can do today.

It might be go for a bike ride or eat a snack. Do her homework or play in her room. Keep her in the moment as much as you can and do your best to stay there with her.

There’s a difference between God’s job and our job.

“God’s job is to fix and to change. Our job is to depend, serve and equip. This is the work of grace and it is more restful than you can imagine.” — Jeff Vanvonderen, Families Where Grace is in Place,

I wonder what would happen if we would dare to parent from a place of love rather than from a place of fear. While I know a little bit about what it could look like, I want to know even more.

I need God in all of this. Not just to do the parts that I’m not good at, not just to pick me up when I begin to feel weak, but I need the kind of God who takes up residence inside me to parent with me, in me, as me, as I trust him. Good thing that’s the kind of God he is.

He doesn’t dismiss me and say, “That’s never going to happen.” He says he will be with me even if it does happen.

The town in my head has beautiful potential, but it also has long, dark alleyways of fear and uncertainty. I don’t want to live in that town, but I also can’t ignore it.

God wants to give me a holy imagination to restore the twisted thoughts into straight lines again, to reclaim the corrupt government that rules in my head, to recover the barren wasteland of my battered emotion, to repossess the rundown streets I have forgotten to enjoy.

In him, all things hold together. In him, the town in my head can be redeemed.

If God did not value the power of our imagination, how could he ask us to believe in a God we cannot see?

How could Noah build an ark when there had never been rain?

How could Moses lead the people toward a land he’d never visited?

How could Mary believe the baby savior would come from her virgin body?

What was she treasuring up in her heart if not the image of the not yet born God born first in the heart of her imagination?

I’m learning slow, the power of inviting God into my imagination, and I want to be a parent who enters into the imagination of my kids. In turn, as we continue to learn together what it means to simply do our next right thing in love.

“The people brought children to Jesus, hoping he might touch them. The disciples shooed them off, but Jesus was irate and let them know it. Don’t push these children away. Don’t ever get between them and me. These children are at the very center of life in the kingdom.

Mark this, unless you accept God’s kingdom in the simplicity of a child, you’ll never get in. Then, gathering the children up in his arms, he laid his hands of blessing on them.”

If you have Amazon Prime, you can read The Next Right Thing book for free with the Kindle app. Learn more right here.