brought to you by the letter B

We spent some good time outside today. This little one insists on wearing dresses. No matter the occasion. When she gets on her bike, she likes for it to flow behind her like this. 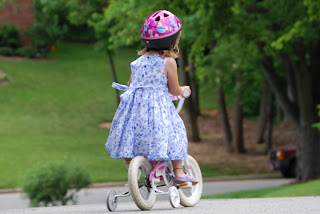 Then, while unpacking the playroom, the girls found these. Of mine. From…a long time ago. 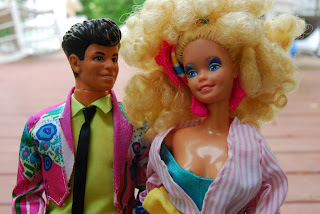 Look! It’s Derek from Barbie and the Rockers. Not to be confused with Derek Shepard from Grey’s Anatomy. Although they do bear a striking resemblance to one another. Notice the way Derek looks at Bee. He’s always had a thing for her. And they were born with a mike in their hands.

For what it’s worth, I just realized I have officially passed the age of my Barbies.

Enough about that. On to more house news. I’m finally beginning to think about that fireplace wall again. Remember the before? 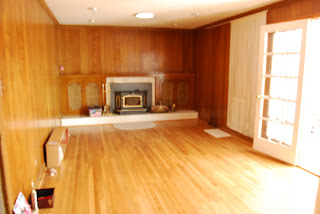 I asked you for help with this room and you sure did deliver. We had painted the walls and the mantle, as well as the doors to the built-ins. Many of you recommended we remove the doors and so today, that is what I’ve worked on. 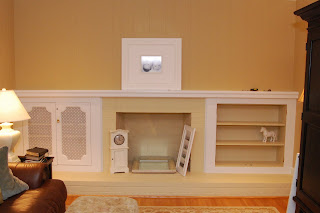 It’s harder than you might think, as those little screws are all painted over. But here you can see one side with, the other without. I put a little horse on the shelf just to try her out. I think I like them door-less.

In keeping with our theme, I have to mention that my dad helped my man assemble the girls’ bunk beds this afternoon. I don’t have a good photo of the beds, so here’s one of my dad. 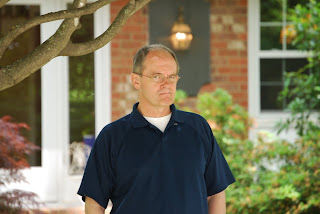 He likes to make strange faces when he knows the camera is pointed his way.

Here’s someone else who enjoys reacting to my camera as well as opening every single box in the playroom and trying on every piece of dress up clothing that comes out of them. 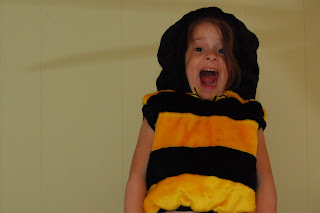