Bread is the New Hustle

I invited you to procrastinate together with me on Tuesday and you did that so beautifully! You’ll be glad to know I finally got serious about the work and turned in the edits yesterday with a great hoot and holler and a frozen lemonade from Chick-fil-a. And the thing is I don’t even like lemon-y things but the photo made it look so lovely and delicious and celebratory.

So I bought it and drank half and then voxed Holley Gerth and Kendra because they are both people you want to high five when you finish something. 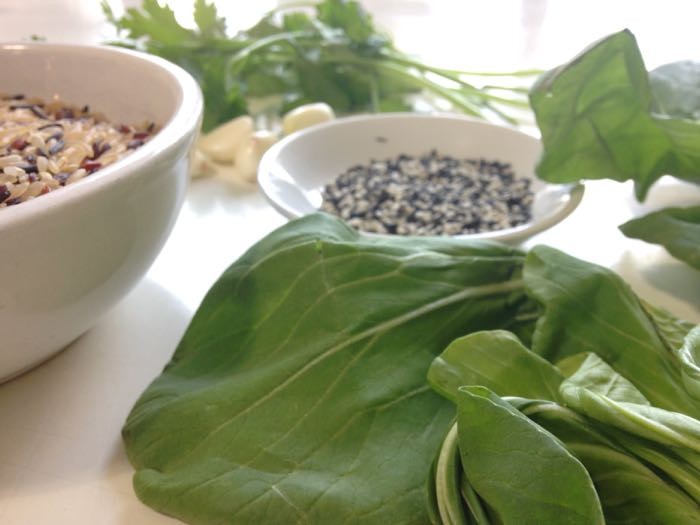 Next, I promptly made dinner for the family, convinced the kids that “it’s fun to clean the kitchen!” and sat with John to talk through our weekend plans. Then, I made this list to clear my head. 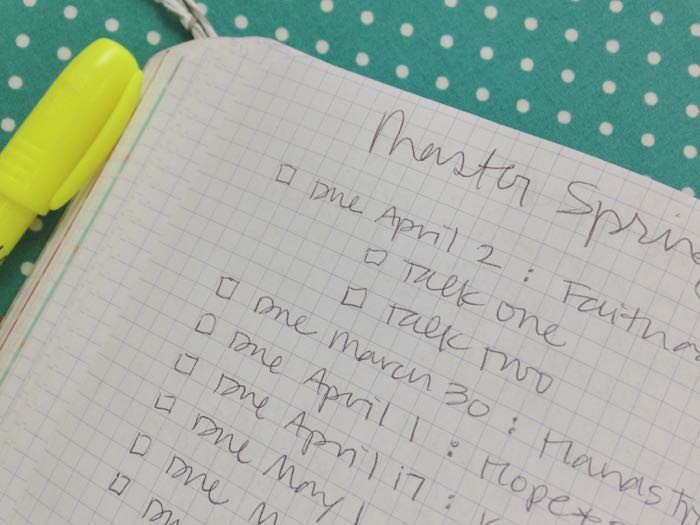 What is actually wrong with me? I couldn’t even enjoy meeting a deadline for 24 hours before I was making a list of all my next deadlines. And it’s one thing if that list was just a list, but it actually kept me up last night, thinking through the timing of things.

This morning I read in Mark 8, about Jesus teaching to the crowd but feeling compassion for the people because “they have remained with Me now three days and have nothing to eat. If I send them away hungry to their homes, they will faint on the way; and some of them have come from a great distance” (Mark 8:2-3).

As if I couldn’t love him any more, reading this reminds me how he pays attention to the particularities of our needs, notices how some of the people were a long way from home and would need to eat before the journey.

How thoughtful and kind.

And then he does his Jesus thing, takes seven loaves and a handful of fish and serves them up like a feast, like a bounty, like a celebration. They eat and are satisfied with baskets left over, men and women laying back on the hillside, bellies full, needs met.

But then Jesus leaves with his disciples, gets into the boat and they realize as he’s talking that they forgot to bring enough bread for the trip. They only have one measly loaf so while Jesus is using bread as a metaphor to remind them to “beware the leaven of Herod” they aren’t paying attention because they are busy mumbling together about how there isn’t enough bread.

We forgot bread! There’s just the one loaf of bread and several of us and we need bread and where is our food going to come from and whatever shall we do because BREAD!

Never mind they were sitting with the Bread of Life in the boat. 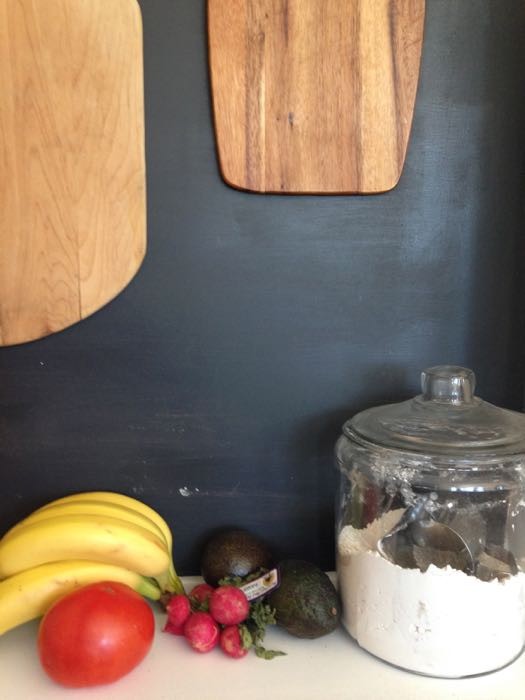 But instead of rolling his eyes and pushing them all overboard so he could be alone with his sanity, he asks them an interesting question. He reminds them of that one time when he fed 5000 people with five loaves, then asks them how many basket full of broken pieces of bread they had leftover.

Then he reminds them of the meal they just had, when he fed the 4000 people with seven loaves, and asks them how many large baskets full of broken pieces did they pick up.

I would have probably said, “Remember how many people I fed!?”

Instead he says, “Remember how much we had leftover?”

He reminds them of the excess.

He reminds them that he didn’t only provide enough, he provided more than enough.

I don’t pretend to know or understand why Jesus did or said many of the things he did and said. I can speculate and guess and use my good Bible exegesis skills I learned from two small years at Bible College.

But I can’t deny here that Jesus was specific about the numbers, about how little they started with and how much they had leftover.

It seems to me his desire was always to move his disciples on to kingdom conversations, but he always had to keep coming back to provision. Are we going to be okay? they seem to always be asking. So he reminds them of the numbers.

Then he answers their question with a question, “Do you not yet understand?”

He’s inviting me into living differently, y’all. He’s inviting and knocking and wooing and I keep looking around distracted for more bread. He’s pointing out the leaven of the Herods of the world, the ones telling me to hurry up and produce and ship, and he’s warning me of how something as small as selfish ambition could ruin the whole batch.

But I can’t hear it because I’m all, Where is the bread! I need me some bread! There isn’t enough. I’m not going to be okay.

But this is the Jesus who had compassion on the crowd because he knew they had a long distance to walk, the Jesus who fed them and then had bread leftover.

Bread was his idea!

Yet, I still feel like it’s my responsibility to remind him that I need to eat. To worry over where the next meal will come from. To point out the lack rather than have faith for the plenty.

He says, “Why have you forgotten I’m bread?”

And now it begins to come together, why he doesn’t just point out the number of pieces but also points out they were broken pieces.

The excess, the leftovers were baskets filled, not with whole loaves of bread, but with broken pieces. Because the miracle comes at a cost. Why am I always forgetting the point?

He invites broken people to come and feast on broken bread and the excess is a reminder of the miracle.

I won’t stop making lists, I won’t. But I’m desperate to stop shaking them in God’s face, to stop reminding him to meet my need in my way and in my timing, with whole loaves of bread.

This morning, I hear it, the invitation to hold the bread in my hands, to see my day with kingdom eyes, to feast on him, to move forward with the energy that comes from eating the broken pieces. This is My body, broken for you. Do this in remembrance of Me.