What to Do When You Can’t Find Words To Pray

“Prayer is standing in the presence of God with the mind and the heart. That is, at the point of our being where there are no divisions or distinctions, and where we are totally one. There, God’s spirit dwells, and there, the great encounter takes place.”

Henri Nouwen, The Way of the Heart. 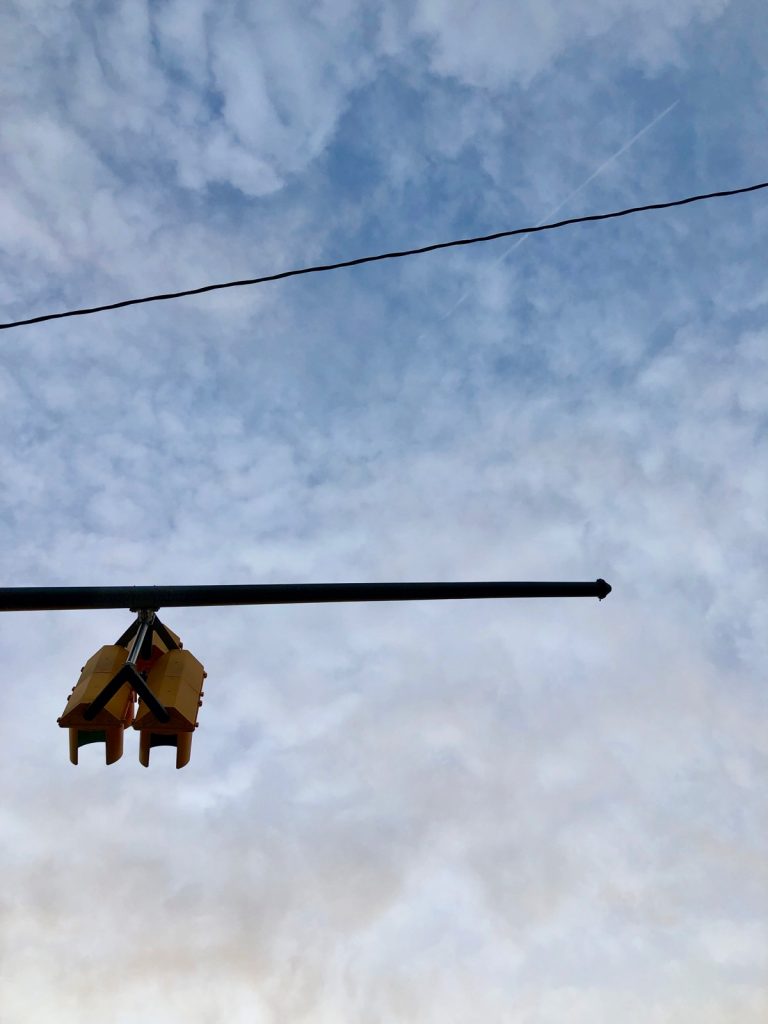 On the morning of September 11, 2001, I drove to work the same way I had every other morning, listening to Bob and Sheri on the radio. As always, they told jokes and funny stories between songs, and I rolled down the driver’s side window to enjoy the cool September morning air, as I pulled into the parking lot early at 8:45 AM.

Just before I turned off the car, I heard Bob interrupt his own joke with the casual announcement that a small plane had crashed into the World Trade Center in what appeared to be an accident. At that point, I’d never been to New York and I didn’t know what the World Trade Center actually was. I didn’t know what it looked like. I didn’t know it was a tall building. In fact, if you had pinned me down for an answer in that moment, I would have had to admit that when I heard the words World Trade Center before September 11, what I pictured was a large open air market on Wall Street, similar to a farmer’s market, but maybe instead of flowers and fruits and vegetables, there were tables of money and piles of stock managed by men in suits and women in pencil skirts.

Knowing what we know now, I can’t imagine a time when I didn’t know what the World Trade Center was but that was before the world turned upside down.

Later that night, when all had heard the news and the sky above our country was eerily quiet, what I remember most was the fear and the uncertainty. I remember being thankful that John and I didn’t have any children yet. This place was too terrible for children. The world too unpredictable. Life was too fragile. We were not safe.

That’s how it felt that day for me, and I wasn’t even there. We live 500 miles from New York City, 300 miles from the Pentagon. I didn’t have a coworker, friend or loved one in one of the towers, at the Pentagon, or in any of the airplanes involved that morning. I can’t imagine what life looked like for them. 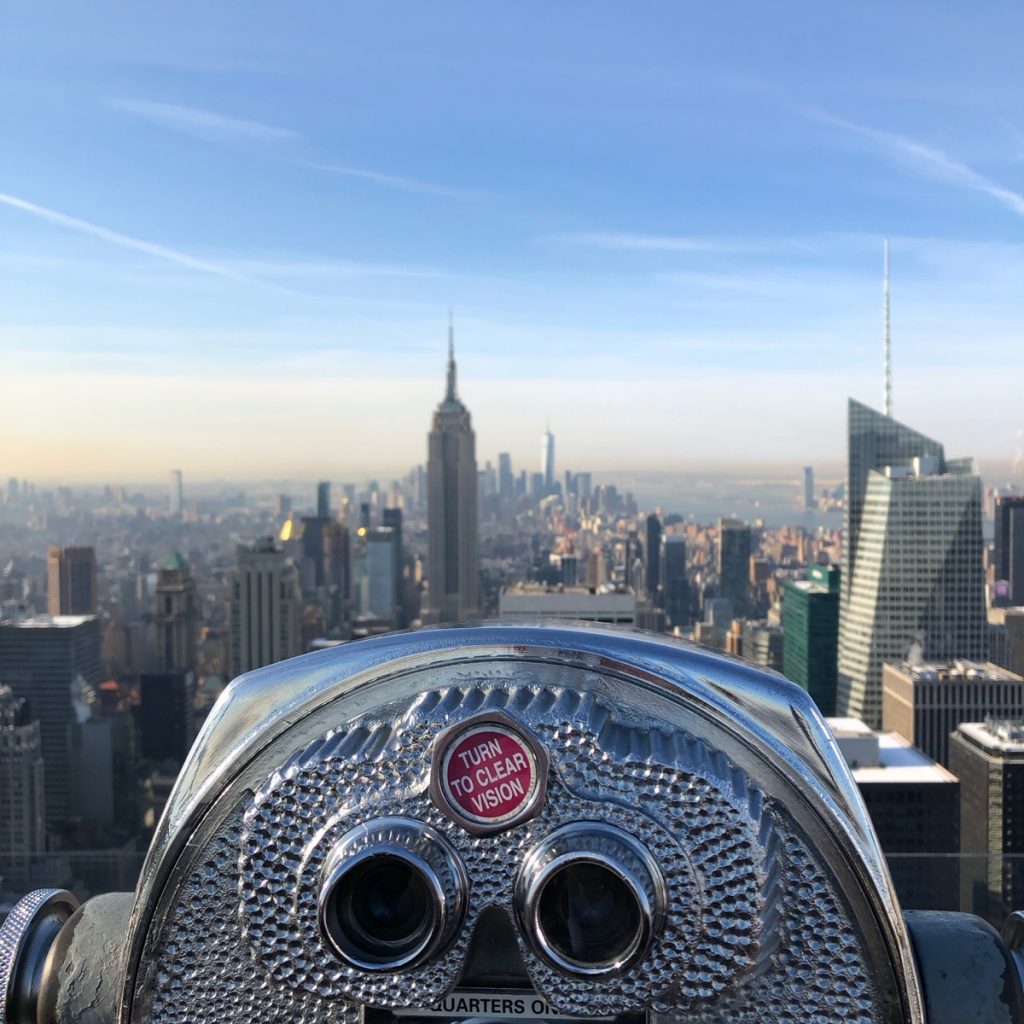 Years later, on the seventh anniversary of 9/11, I asked in a blog post for readers to share their stories with me about where they were when they learned about the events of September 11, 2001.

What were you doing when the world changed?

Who were you with when you heard the news?

What were you thinking on the day that marked before and after?

One reader wrote she was at Disney World. Another was at an outdoor flea market. Two more were getting coffee together before their college class started. One woman remembers walking into her living room and seeing her husband sitting there frozen, with one work boot on his foot and the other in his hand, as he stared at the TV. I read every word from the comment section of that post representing stories from all over the country and all over the world.

A pregnant mother dreamed for weeks that 9/11 would be the day her baby girl would be born, only to wake up to the terrible news. There was the wife of a United Airlines worker, a police officer for the LAPD, and the wife of a soldier. One reader was even at the Trade Center just an hour before the first plane hit.

Mostly there were just regular stories, like the one from the blog Brambleberry Grace, where she simply stated the facts of her life at that time, and they could have been true for any of us. She wrote, “I ruined my car. We were having a baby. Something horrible was happening in our country. I got stung by a bee.”

We were all doing the regular, normal life stuff: making breakfast, putting on makeup, driving to work, watching the news, teaching a class, enjoying a family vacation, when one tragic event interrupted each life and brought us all to a collective halt.

I mentioned before that I remember the fear and uncertainty I felt, but here’s something else I remember. In my journal the next day, September 12, 2001, I wrote out Psalm 91 by hand.

“He who dwells in the shelter of the most high will rest in the shadow of the almighty. I will say of the Lord, he is my refuge and my fortress, my God in whom I trust.”

When I felt afraid and didn’t know how to pray or what to say, I wrote down those words from Psalm 91.

At that time, I would have called that journaling, but looking back, I think it was more than that. It was prayer.

I didn’t grow up in a church that recited prayers very much. We hardly even said the Lord’s Prayer, at least not with any regularity and certainly not collectively. But in times of fear, confusion, loneliness, disappointment, or decision fatigue, turning to familiar passages of scripture is a lifeline. This pivot from my problem to the presence of God, that’s an act of worship, and the words recited in the turning, those are words of prayer.

I used to think prayer only counted if you made it up as you went along, like somehow it wasn’t authentic if you wrote it out, read it, or worst of all, copied the words from somebody else. But what I’ve realized as I look back on my life is when uncertainty permeates the moment, whether because of a devastating national tragedy or personal season of doubt, a regular practice of praying familiar words not only counts, but could even be a radical act of faith.

I’ve been borrowing prayers for years now. I just never called it that.

And it’s exactly the way Jesus taught us to pray. In Matthew 6, Jesus says, “This then is how you should pray.” Then he goes on and he says, “Our Father in heaven, hallowed be your name. Your kingdom come, your will be done on earth as it is in heaven.”

Jesus not only allows copying, he welcomes it. He instructs it. How else are we to learn? This instruction from Jesus doesn’t exactly go against the advice I’ve always heard about how prayer is simply talking to God, but it at least opens up the conversation to something more. Because sometimes talking to God isn’t that easy. That’s not to say it can’t be that easy. It can, but for some that may not come natural, or it may not come natural anymore, or maybe it’s not coming natural today.

While there isn’t just one right way to do it, lack of instruction or guidance could cause some of us to avoid it altogether. So if you’re feeling scared, uncertain, or stuck in decision fatigue today, one way to start again could be to simply borrow a prayer.

Author and pastor Brian Zahnd teaches a little class he calls Prayer School, and I sat in on it in the spring of 2018. To this day, I remember some words he said that cleared things up for me when it comes to this idea of borrowing prayers, or as some might call it, liturgical prayer. For example, he pointed out one criticism of pre-written prayers is that maybe they lack life or vibrance or of spontaneous expression, but he pointed out that liturgy isn’t either dead or alive. Instead, it’s either true or false. What’s dead or alive is the person who prays.

“What we want,” he said, “is alive people to pray true things.” That’s what prayer is about.

For years, our little community have prayed together for something for a friend. For years we got a no, and then a few weeks ago, without advanced notice or much fanfare, we got a yes. And just like that, everything changed.

For years, we needed the space to pray personally, specifically, and spontaneously for our friend, but we also needed the liturgy to remind us of the truth when we forgot.

We all need to cry out and express our thoughts and our desires to God. We also need to confess the faith that has been handed down from generations before us, to remind us that we are not the beginning and we won’t be the end.

Our faith is given, and we’re invited to step into it.

It started before us and it will continue after us. That’s what the liturgy reminds us of. We need to pray for our family, for our friends, and for our needs. We also need to pray the words of Psalm 23 to remember the Lord is our shepherd and we have everything we need.

If you don’t have a borrowed prayer as part of your rhythm of life, maybe it’s time to pick one. Two prayers I pray almost daily, I’ve already mentioned them, The Lord’s Prayer found in Matthew 6, and Psalm 23. A passage of scripture can always be prayer. We can pray on our own or we can pray in community. A good example of a communal practice is a prayer in Revelation 22:20 that says simply, “Come, Lord Jesus.”

If we prayed this as a church together, I wonder how it would change our minds. Would we remember our longing for him to come in the future and our expectation that he will come be with us now?

Author David Fitch says, “Come, Lord Jesus . . .  embodies the posture of prayer we gather in at every meal, in every conflict, while proclaiming the gospel, while sitting with the marginalized, and being with the children, while exercising his gifts. This prayer shapes us to live together as his faithful presence in the world.”

Finally, here’s one of my favorite borrowed prayers from St. Francis that’s good to begin or end the day with. Maybe your next right thing is to simply pray it together with me now.

Oh, Divine Master, grant that I may not so much seek to be consoled as to console, to be understood as to understand, to be loved, as to love. For it is in giving that we receive. It is in pardoning that we are pardoned, and it’s in dying that we’re born to eternal life.

If you’re looking for some more resources for borrowed prayers, check out the show notes for Episode 93 of The Next Right Thing.