I love a good before and after shot. I ran across this website the other day that shows celebrities before their photos were tweaked and after (click on portfolios). In other words, before they took 15 pounds off Kelly Clarkson and after. Personally, I prefer her with the poundage…because that’s her. (Course, if it were me, I’d be lovin’ me some photoshop).

It’s one thing to take out a stray hair or a booger…but to cut out half of someone’s behind? That is extreme. Speaking of extreme before and after shots, I have a few of my own. I am a believer in offering real help to the helpless. Of offering hope where there would otherwise be none. Of taking before and after shots that are meaningful and honest and life-changing.

So here we go, straight from the pile of Christmas casualties. This is Ariel before… 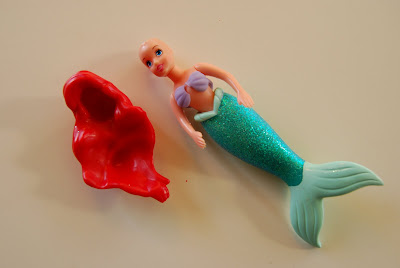 And here she is after. 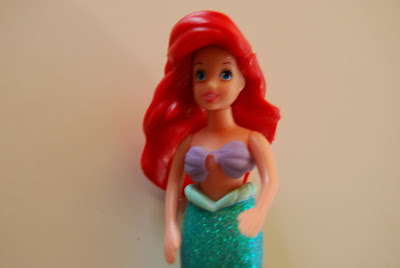 See what a difference I made in her life? I did not change her body type. I did not give here a smaller nose. I gave her hair where there was no hair. I took away baldness, people.

And here’s another one. Polly before…. 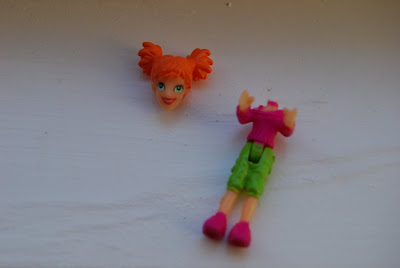 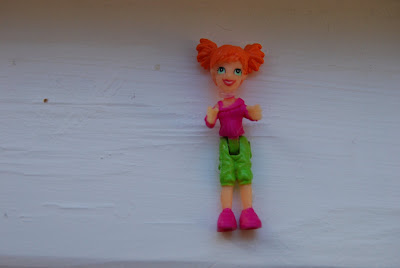 Tada! What a difference a head makes, huh? She looks happier in this one.

So here’s to extreme before and after shots. And if you’re having a particularly rough day, just think: at least your hair didn’t fall off and you still have a head.