For When You Feel Like a Spectator to Grief: A Reflection on the Death of Robin Williams

In the quiet of this morning, before the sun comes up behind the trees in our yard, I acknowledge how very little I know. Because the pain in the world is sometimes too much to bear and our backs can bend heavy beneath it, rounding over and caving in like a tired question mark. 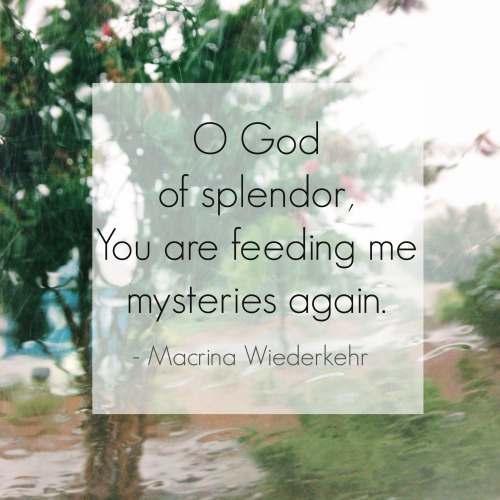 Some losses hit you harder than others and I don’t know exactly why that is. It can be difficult to know how to process the death of someone you only know from the movies or because they’re in the public eye.

I still remember the sadness in late August of 1997 when we learned the news of Princess Diana’s car accident. As a girl, I looked up to her because she was a beautiful princess living in a fairy tale. But her life told a different kind of story than the ones I made up for her in my head. When she died, that story revealed itself even more clearly to the world whether she wished it so or not.

A few years later we were on vacation in Hilton Head when we heard about John Kennedy Jr.’s plane crash. Later that night, we went out to dinner near the harbor, the restaurant hushed in respectful shock, whispering behind the back of one of the waitresses who looked exactly like Carolyn Bessette-Kennedy.

But the first time I stood on the peripheral of public grief was walking home from the bus stop after school and my sister told me that the Space Shuttle Challenger had exploded that day. I was eight and the first thing I remember thinking was how that couldn’t be true because Christa McAuliffe was on that shuttle and she was just an ordinary teacher.

John and I went to see Patch Adams on our first real date, that time he tried to hold my hand and I wouldn’t let him because he hadn’t told me with words yet how he felt about me. So we had a long talk after the movie was over in the parking lot of the theater. Do you like me? Is this a thing between us? All with nervous chewing of twizzlers and secret dreaming of the rest of our lives.

Last night, when the news broke about the death of Robin Williams, we were watching Jumanji on our sofa with our three kids, our dog, and a borrowed kitten. I’d never seen the movie but I knew he was in it. Well, it must be good then. Of course it must.

When we turned the movie off, I checked my phone and saw the news and there was that familiar ache again, the sadness and disorientation that comes when you hear tragic, shocking news. As someone who tends to navigate the world through experience, intuition, and deep feeling, I always struggle to know how to process the loss of someone I don’t know personally.

In some ways I fear I don’t have the right to grieve a loss that doesn’t seem to belong to me, like I should keep a respectful distance from the real grief of others. But I’m not sure that’s right and I think to deny the effect someone has on your life, however small, is to lose a little bit of being human.

Robin Williams wasn’t part of my life, but his art colored the backdrop.

When someone shares their art with the world, they share a bit of themselves. And when they die, especially when their death reveals a pain that runs deep and wide and dark, you see their art differently. The lens shifts and we get a glimpse of the person beneath the actor, of the soul within the person.

And so those of us who only knew him from the roles he played will pray for those who knew him best. And we’ll consider all the sadness around the world and within our own hearts, remembering Christ who came down to heal all the brokenness, both within us and around us.

By faith, we trust he is building his kingdom even while we wait for the day when we can see with our eyes how he is making all things right again.

“As you huddle around the torn silence, each by this lonely deed exiled to a solitary confinement of soul, may some small glow from what has been lost return like the kindness of candlelight.”

-John O’Donohue, To Bless the Space Between Us