a different kind of chatting 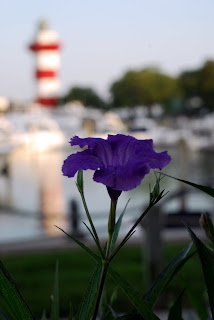 Walking along the greens across from the harbor last summer while on vacation with my family, my plan was to capture the lighthouse during sunset with my new low-light lens. As it turns out, the sun hid behind the clouds, casting mediocre light at best. I put the lens cap on my camera and turned my attention inward.

I became aware of a deep sadness while standing there in the wind…a longing left unmet. The word “hopeless” darted across the screen of my mind and the feeling that followed was just that. So I sat, and told the Lord what I had so many times fully expecting to get up and walk away feeling a sense of defeat and fear of unmet need.

This time, though, I spoke out loud, my voice carried quickly away on the wind. And somehow, a change…slight and almost unnoticeable. If I hadn’t been looking for it, I may have missed it. But I continued to repeat the truth about God…He is good, He has good things planned for me, He is with me, His loving-kindness endures forever. In that moment, light began to make its way through the darkness and the heaviness began to lift. It wasn’t drastic or immediate, but it was life-giving to hear my own voice speak what is true.

God did it, too. He said, “Let there be light.” And there was light (Genesis 1:3). He could have thought about light in His head, and light would have come. But He chose to speak and He tells us to speak as well. Jesus told His disciples that if they had faith the size of a mustard seed “you will say to this mountain, ‘move from here to there,’ and it will move; and nothing will be impossible to you.” (Matthew 17:20). He didn’t tell them to think at the mountain. He told them to speak to the mountain.

I’ve thought about that day often in the past eight months. And I am becoming convinced of the creative, healing power of speaking truth out loud. To think, say, and hear the words said in my own voice forces me to stop and get out of my own head…which if I’m honest, can be the scariest place of all to get stuck in.