Two years ago this very month, I was working away on a book proposal for a book I was sure was a bad idea. I had convinced myself in the dark of night that me getting a book published was about as likely as finding a lighthouse in a forest. Still, I kept working – one third because I was crazy, one third because I was too proud to quit something I started, and another third because I truly believed I had something to say. That last third was really what kept me going during the times when all I wanted to do was crawl under my coffee table with a bag of Oreos. 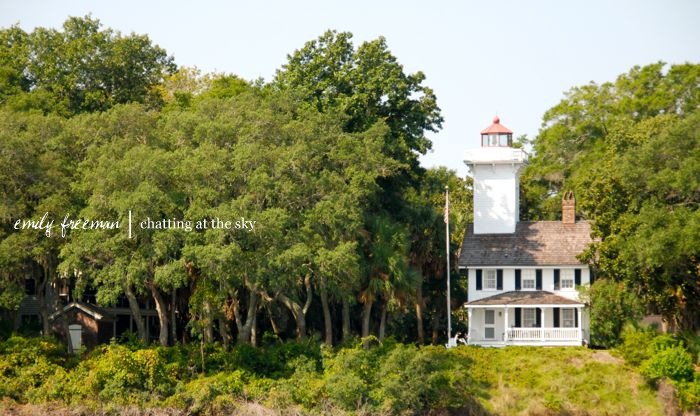 I began to share with her about my doubts and struggles in writing this proposal. I had questions, and lots of them. She very graciously answered them, and also told me she thought Mary DeMuth had a stellar non-fiction book proposal e-book (I bought it, and it is). I can’t remember every detail of what we talked about, but there is one thing she said that has continued to encourage me in this writing journey:

“None of this is a waste. I know right now you are wondering why you’re doing this, wondering if anything will ever come from it. It may turn out the way you hope or it may not, but the things you are learning now in the process will not be wasted. I can promise you that.”

So many of you have voiced in the comments that one of your biggest fears in pursuing your art is that it will end up being a waste of time. I. Hear. You. Maybe there is a passion that is beginning to wake up within you, but you worry that it is silly or childish or worse, irrelevant. Maybe you are longing for something so badly that it nearly hurts – motherhood or career, travel or discovery – but to work towards it feels foolish, because there are so many factors out of your control. 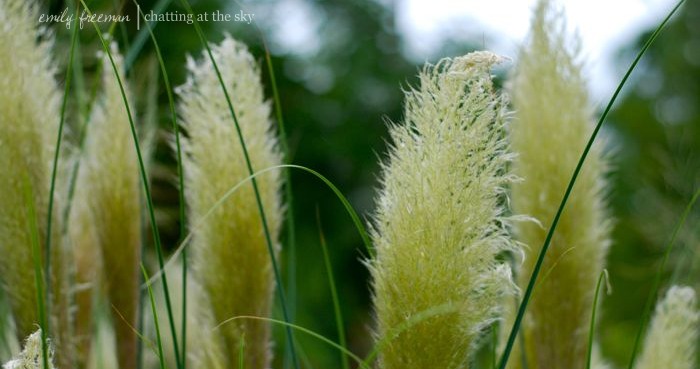 Allow me to introduce you to the bigger picture. Let’s use writing as an example, just for conversations sake. Is getting your book published in the traditional way your only measure of time well-spent? If so, there are a lot of writers out there who are wasting their time. There are no guarantees to publication. But?  Isn’t there so much more? Isn’t there a higher, more beautiful dream?

Redefine success. There is a reason why you are feeling pulled toward your art. Success could simply be for you to finally believe it, no matter if a publisher does or not. Give yourself permission to dream beyond the obvious. Believe that God gives good gifts. Believe that you have a part in his story. Believe in something bigger, someone bigger, than yourself.

Embrace brokenness. There is beauty in humility. Anything we pursue that brings us to a place of recognizing our smallness is not a waste of time. And as a wise friend of mine once told me, Don’t despise the days of small beginnings.

Look around. Is there someone who believes in you? Is there someone you have inspired with your art?  There is courage in connection. If pursuing your art brings you closer to someone else, if it allows you to be vulnerable in ways you weren’t able to before, than your art has not been wasted.

Pursue thankfulness. It’s a beautiful thing to believe you have something to say, something to offer the world. But it can be easy to get swallowed up with the desire and focus of it all. I can’t think of a thing that draws me into this present moment more than a wild pursuit of thankfulness. Any art that cultivates the soil of a thankful heart is not a waste of time.

Redefine failure. This thing we so try to avoid could actually be the art itself. “Have the ability to fail, often and with grace—and in public! The only way . . . to grow is to ship risky things, to create change, to make art, to change people. And yet, shipping risks failure. And so we demand you fail.” – Seth Godin 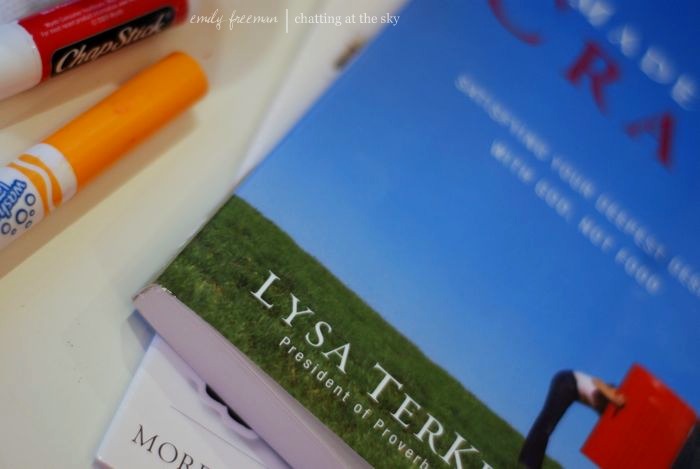 Lysa recently wrote a post on her blog about her own writing journey. She talks about failure. She talks about naysayers. She talks about doubt, embarrassment, and fear. And she talks about success. Her recent book, Made to Crave, hit the New York Times Best Seller List a few weeks ago. But she wrote many books before this one that didn’t.

If you would like to know more about Lysa’s book, Made to Crave, there will be a free webcast tonight at 8 pm EST. All the details are here, including times they will re-broadcast. I watched last week and loved every minute. It was like a real TV show. And it definitely made me re-think the whole “crawling under the coffee table with a bag of Oreos” thing.