I would love to list out how I finally learned to receive this grace, but I can’t for three reasons. One, I’m still learning. I think if we were all aware of the magnitude of this available grace, we would buckle at the knees, overwhelmed and undone. Two, I already fear that my small stories have too much boxing in. I fear this lavish grace may lose a little flavor in the explanation of it, as words can’t possibly describe the goodness of it all. But even more than that, and a bit more personal, I sometimes wish my stories were more dramatic and interesting, but they never seem to work out that way. I tend to have a pocketful of vanilla jelly beans to share rather than an elaborate, colorful, everlasting gobstopper. 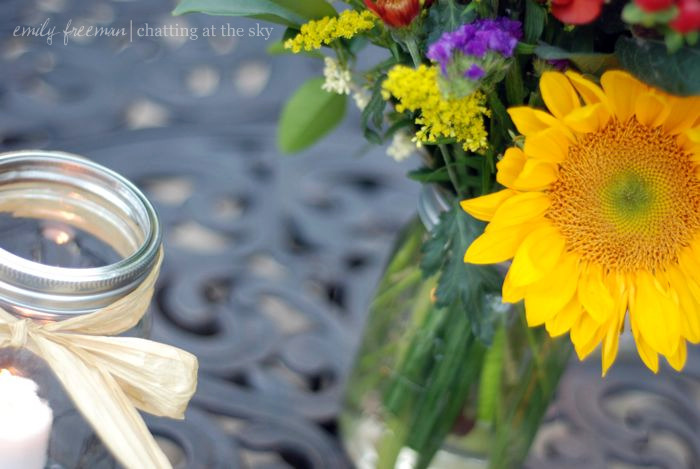 So while some people have come to a deeper understanding of grace because of some big thing, some hard thing, some particularly interesting story of failure and redemption, or great heartache and forgiveness, that is not the way of my story. This grace awakening has happened slow, over time, less like a firework and more like a seed. Some of it came through understanding what it really meant when I was 7 and said Come, Lord Jesus. There are deep, theological truths that I have studied and discovered that have helped me see the logic of this freedom.

But there are other things too, things of the heart, things of life, and things of daily trouble that have brought about the testing out of this discovery. Is it true, what He says about Himself, even though this and this and this has happened? And the answer, for me, has always been yes. It is still true, even though. 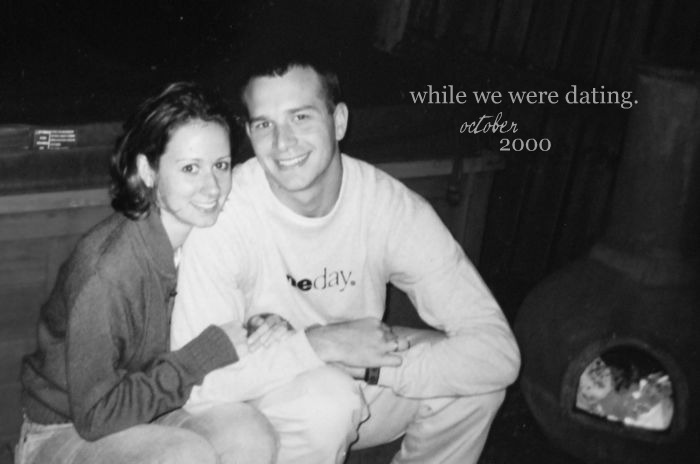 When The Man and I began dating, we learned of grace the same way babies learn to walk: weak-kneed, wobbly, and constant falling down. Mainly, we practiced not-grace, and we lived with that for a while. It didn’t feel good. We worked through unforgiveness, through hurt, through unmet expectation. And in living with the not-grace, we realized that grace-living feels much better. We clumsied our way through moving toward one another rather than away, through extending forgiveness rather than holding on to the grudge, through listening rather than blaming.

After nearly 10 years of marriage, we still practice. Everyday, we practice. He is much better at this than I am, so much so that I sometimes wonder how he can be such a grown up while I continue to be a kid. I tend to hold on with a much tighter grip than he does.

But I’m learning. And the learning isn’t a teeth-gritting, white-knuckled kind of learning. It is perhaps the opposite kind of learning from what we are used to in this world. It is an upside-down learning. Rather than trying harder, grace is learned best when we begin to trust, to really believe God when he says this grace life is not your own doing, it is my gift to you. It is in carving out time for quiet, in finding time to sit with open hands to receive the daily graces extended towards me from heaven. That is where the learning begins. And it continues at the dinner table and at the bathroom sink and in the car when we’re running late. We rub shoulders with grace and each other everyday, we just don’t always see it that way.

There has been a shift in my view of God, of myself, of the people around me. As I receive grace given, I am better able to see. Even better and harder to believe? Grace sees me.

We have 18 days left in October, and in them I plan to share a bit more of how this invasion of grace has changed things as it relates to parenting, marriage, friendships, and other living life stuff. But for now, I’m growing weary of hearing my own voice. Seriously, have I ever written a post this long?

So tell us: How has this grace invasion changed things for you? And I mean really, on an everyday level? Or maybe it hasn’t? Or maybe you want it to, but you aren’t sure how to get there? I would love to hear from you in the comments and I’m doing my best to be present there to chat with you today. So glad you’re here.