When I decided to write for 31 days about grace, I wasn’t sure what was gonna come out. I know my own story, how grace is a game-changer, how understanding this undeserved favor makes everything different. But I wasn’t sure how to communicate that in 31 short spurts over a month. When I start talking about grace in real life, people have one of three responses: they get it, they don’t get it, or they think I’m a little bit crazy. Which might actually be a little bit true.

I lived the first half of my Jesus walk in an un-free way. I had rules, and lots of them. I was afraid of doing the wrong thing, of getting into trouble, or even of the appearance of it. Nearly every decision I made came through a filter of fear, and I was good for all the wrong reasons. I could go on and on here, but I wrote an entire book about it (coming out next fall!) so I wouldn’t know where to stop.

Grace took me by surprise. I had just finished my sophomore year at Bible College, but was preparing to transfer to another school. I stayed in South Carolina that summer, squeezing out a few more months with friends before I had to move. It was a humid, sunny day when I sat in the living room of the old duplex I was subletting, my feet bare on the hardwood that never seemed clean no matter how much I swept it. I had my Bible in my lap, the one with my maiden named cursived in gold lettering on the green leather cover, and I read a verse with the word grace in it. I don’t remember which one. 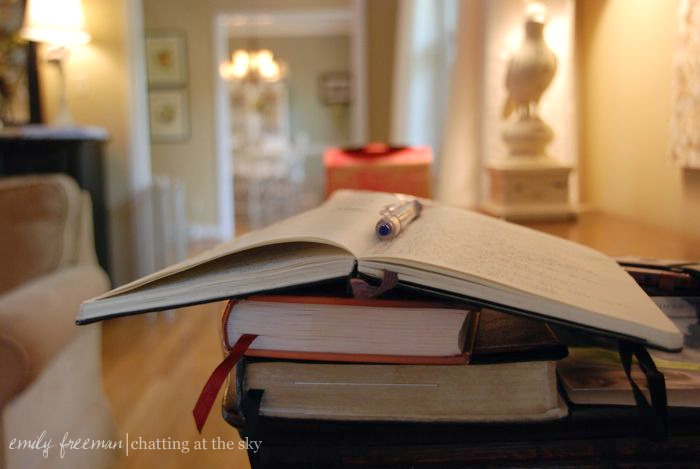 All I know is, the verse troubled me. Because as a girl of 20, I felt like I knew a fair amount about holy, about rules, about discipline, about faithful, but I didn’t really know about grace. I had heard it was Amazing, at least that’s what the song said. I knew I believed in it, I knew it was something good. But for me that day, something was missing.

I watched as those five letters seemed to float up off the page, demanding my attention. GRACE. Being a good Bible College student, I looked up the word, what it meant, where it came from, the context, the background. With furrowed brow and unsettled heart, I couldn’t get it out of my mind. I knew that grace existed, don’t we all know that? Maybe. I don’t know. Maybe not.

As it turns out, understanding grace doesn’t come from study. It comes from need, and I’m talking more than just a need to know. Even so, I began to study this thing called grace. I read about it. I listened to sermons on tape about it. I prayed about it. I took classes about it. For the next several years, this concept of unmerited favor came up again and again. I didn’t know at the time how trying to learn about grace would be like trying to straw-sip the ocean.

Still, this grace-quest continued. And when I met the man who is now my husband, we began to journey together to discover what was so amazing about grace?