I stayed away from spoiler outlets yesterday so I could actually watch gymnastics without knowing what happened. But everything is a spoiler outlet so  it is almost impossible not to know Olympic results before they air on NBC. Holding your ears while humming doesn’t work as well as it used to. Somehow when I turned on gymnastics last night, I still didn’t know what was going to happen. It was a modern day miracle. 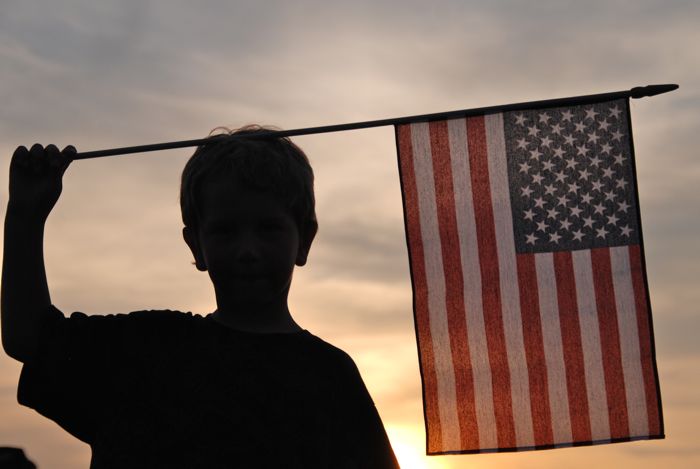 What I didn’t know was that my favorite part would be watching Aly Raisman’s parents watch Aly Raisman perform on the uneven bars. If you missed it, this might be the best Olympic performance of the day.

(If you can’t see the video, I want to invite you to click over and watch. It’s less than a minute and oh-so-worth it)

There are so many things to say about this. It’s awkward and awesome, like a strange picture we can’t stop staring at but wish we could. I’ve watched it five times already trying to figure out why I love it so much. I’ve come up with 3 reasons so far:

They had a physical reaction to being present. These two were so grounded in this moment, so unbelievably present during that 53 seconds that their bodies physically reacted to it. We aren’t used to seeing that.

They were completely unaware of who was watching. They didn’t take their eyes off their girl. They were surrounded by people, cameras and also the world and they didn’t for a moment wave, fix their hair, or monitor their weird movements. They lived fully and out loud. Engaged. Present. Raw. We aren’t used to seeing that, either.

In less than a minute, they give us a perfect image of how insane it sometimes feels to be a parent. Our kids are other-than us, no matter what we do. We can cheer and support and pay for their passions, but they have to pull them off. They have to live their lives, write their stories, win their medals. Our job is to put on supportive t-shirts, pray without ceasing, and stay present along the way.

Did you see this last night? Do you love it as much as I do?